Zimbabwe’s catch 22- how to legally get Mugabe to leave... 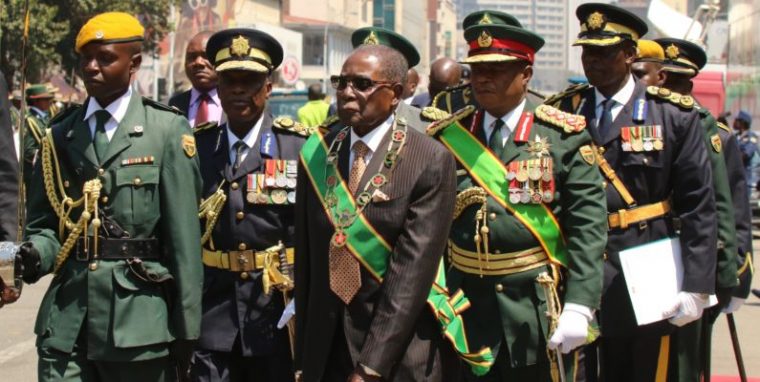 Zimbabweans may have to tolerate President Robert Mugabe a little longer because there is no provision in the country’s Constitution for a President to be recalled by his or her party nor for voters to vote in a referendum, or sign a petition, calling for the President to step down, legal think-tank Veritas Zimbabwe says.

The President can also not dissolve Parliament to prevent his impeachment.

If he tries to stop Parliament from sitting this would in itself be reasons for impeachment.

The impeachment process itself can be long and messy.

Below is a full explanation of the process

Are these feasible options?  In this bulletin we shall look at the pros and cons of each of them.

If the President did send such a notice it was invalid.

Under section 145 of the Constitution, the date of Parliament’s first sitting after a general election is fixed by the President but after that, under section 146, each House of Parliament determines the time and duration of its sittings.  Any attempt by the President to prevent Parliament from sitting would be contrary to the clear terms of section 146 and, more generally, would violate the principle of separation of powers which is one of the principles of good governance that is a foundation of the Constitution.

If the President did try to stop Parliament sitting, that would in itself be a ground for impeaching him — which brings us to the main topic of this Constitution Watch, namely votes of no confidence and impeachment.