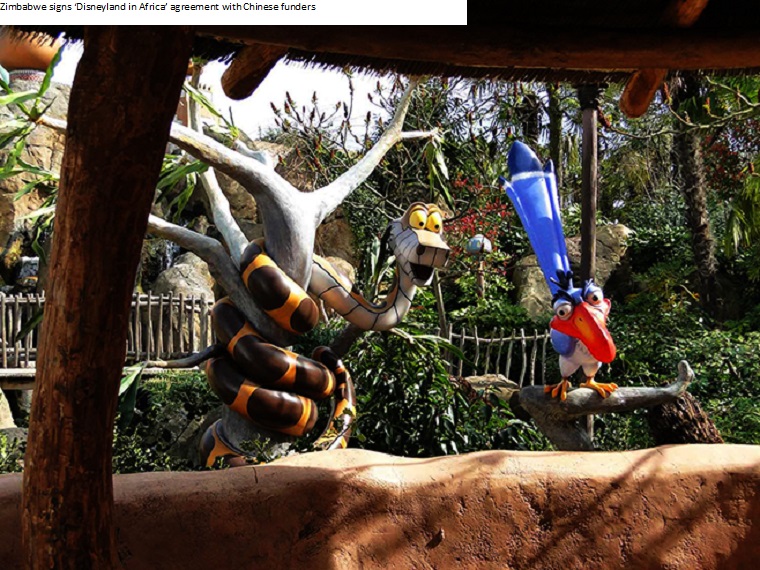 Zimbabwe has signed a comprehensive agreement with unnamed Chinese investors for the construction of its ‘Disneyland in Africa’, a tourism and conference theme park in the resort town of Victoria Falls, the Tourism Minister said today.

In 2013, the impoverished southern African nation said it had set aside 300 hectares of land to build a state-of-the-art conference centre to house hotels, businesses, shopping malls, banks, exhibition and entertainment facilities such as casinos near the Victoria Falls International Airport.

The theme park, whose costs have been put at $460 million, is seen as crucial to rebranding the country dogged by perceptions of political volatility and human rights abuses, using the formula that has worked in California, Florida in the United States and Paris in France.

“We have signed an overarching agreement with some Chinese developers for a master plan to develop 300ha of land between the (Victoria Falls) airport and Masue River. We need to drive the convention business and direct traffic to ourselves,” Mzembi told journalists at a press conference.

“Already we are looking at 2020 where we are dreaming of a $5 billion tourism sector in Victoria Falls alone.” said Minister Mzembi.- The Source