Zimbabwe is safer for tourists than the United Kingdom, the United States and South Africa, according to the Travel and Tourism Competitiveness Report for 2017 which was released last week.

The report was published by the World Economic Forum, a Swiss-based international organization for public-private cooperation which committed to improving the state of the world.

It also hosts the Davos meeting which brings together political and business leaders with the aim being to promote global partnerships.

According to the report which ranked 136 countries, Zimbabwe was placed at number 60, beating the United Kingdom which was at number 78.

The United States was ranked at number 84 while South Africa was way down at number 120.

The safest country in the world is Finland followed by the United Arab Emirates and Iceland. 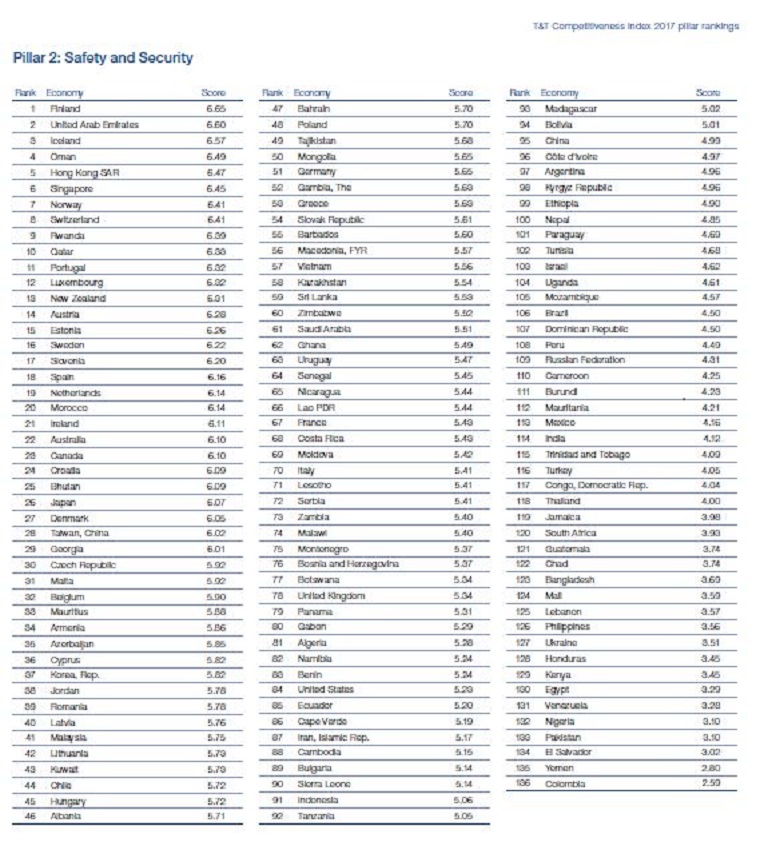