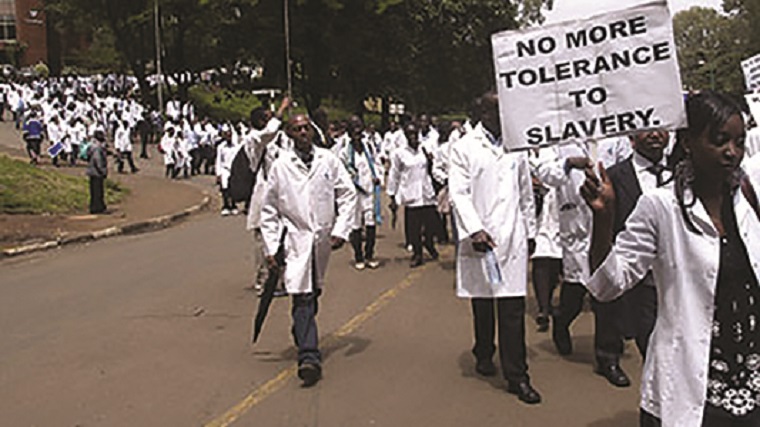 Zimbabwe’s Labour Court today declared the strike by government doctors which started on 3 September illegal and ordered the striking doctors to return to work within 48 hours or face disciplinary action.

The court referred the dispute between the government and the doctors to arbitration and said this should be done within 14 days.

The government will meet the courts of the arbitration but each part is to meet the costs of the Labour Court.

Zimbabwe’s government doctors have been demanding a 400 percent salary hike but the government said it could only offer a 60 percent increase as well as adjustment in their allowances. 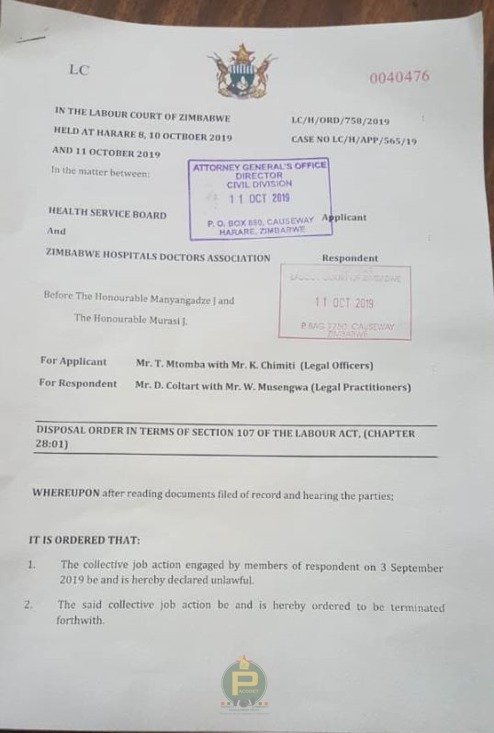 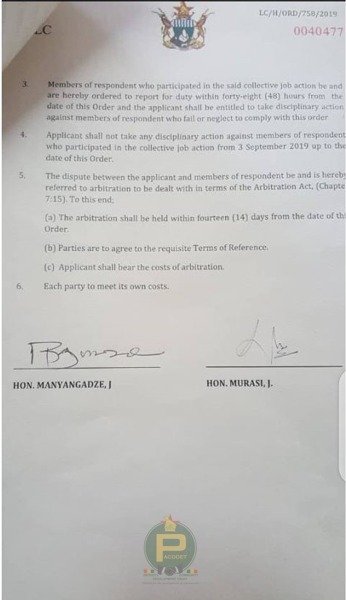