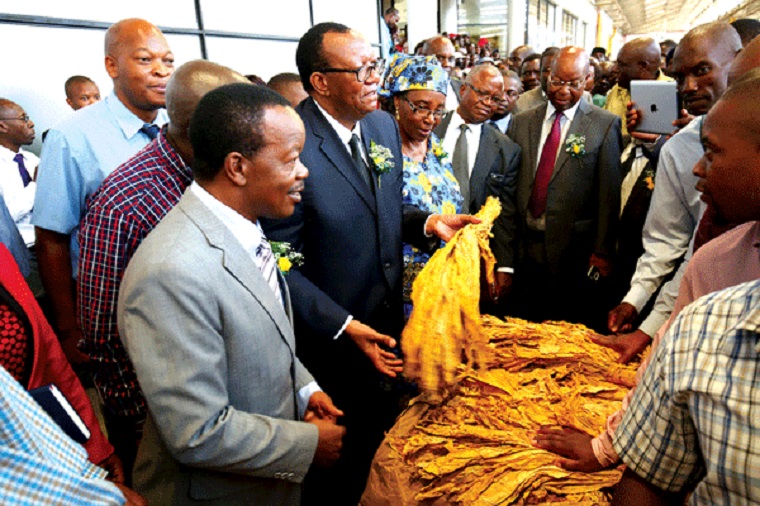 A tree planting programme targetted at offsetting deforestation caused by Zimbabwe’s growing population of tobacco farmers is in limbo as two government bodies tussle for control of a million dollar fund set up to finance regreening initiatives in the country.

The afforestation fund comes from a 0.75 percent tax on gross sales levied on the country’s 80 000 plus tobacco farmers who rely on wood to cure their crop.

Tobacco Industry and Marketing Board (TIMB) managing director, Andrew Matibiri, told a Parliamentary Portfolio Committee on Environment, Water, Tourism and Hospitality Industry yesterday that the fund accumulated $14.2 million between 2015 and 2016.

As of May this year $7.9 million has so far been collected.

The afforestation levy was introduced in 2015 with the Forestry Commission charged with administering the fund.

However, the Commission’s managing director Abednico Marufu who appeared before the same committee said Treasury had instead transferred administration of the fund to the TIMB.

“We were excited when the fund was set up because it is naturally our mandate. We were surprised to hear that the fund is now under TIMB. To us it is like creating a parallel Forestry Commission because we already have the infrastructure and personnel throughout the country,” he said.

“We used to get between $3 million and $5 million for forestation management from Treasury but that support was stopped in December 2015. We are hamstrung. We can barely carry out our operations. Accessing that fund would have allowed us to carry out afforestation programmes.”

Deforestation in the southern African country is reported to be taking place at a rate of 330 000 hectares annually with tobacco farmers contributing 15 percent to this rapid loss of forests.

Matibiri said all the money collected from the levies so far has not been used. – The Source