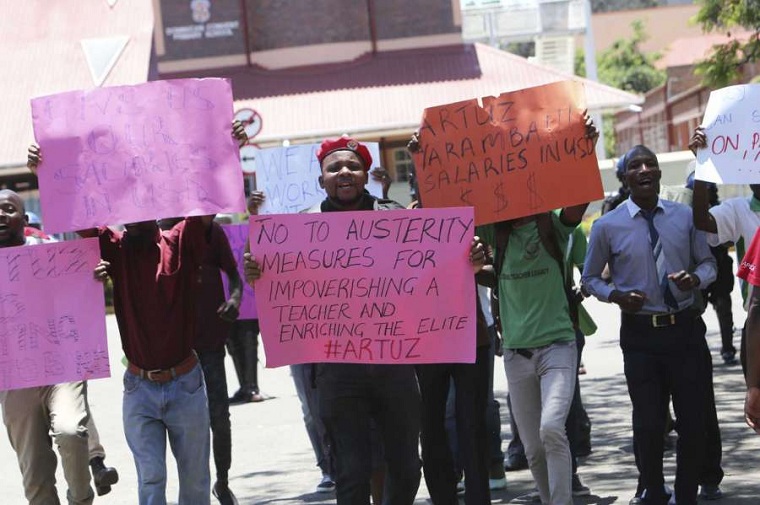 Zimbabwe Finance and Economic Development Minister Mthuli Ncube today expressed optimism that the government and its workers will strike a compromise on salaries as the parties meet for crunch talks tomorrow.

The National Joint Negotiating Council (NJNC), the forum that brings together the government, the Civil Service Commission and civil servants under the umbrella of the Apex Council holds its first meeting of the year tomorrow.

The lowest paid civil servant currently earns $1 023, less than a third of the poverty datum line.

Civil servants have since last year insisted that the government should peg their salaries to the exchange rate to cushion them from inflation and currency fluctuations, a demand which the employer has said was not sustainable.

To cover its employees’ needs, the government last year gave them salary “cushions” which in most cases were rendered meaningless by runaway prices of goods and services.

Ncube said he was optimistic tomorrow’s negotiations would produce a “positive outcome”.

While refraining from committing that government would meet its employees’ demands, Ncube said “we will do everything within our means”.

“We also have to commit to live within our means and not to have a runaway budget situation,” he said.

“I am sure we will agree on something that will leave both parties feeling that they have achieved something and we are determined to do that.”

Zimbabwe passed a $63.6 billion budget for this year but is expecting revenue of $58.6 billion leaving a deficit of $5 billion.- NewZiana/Own