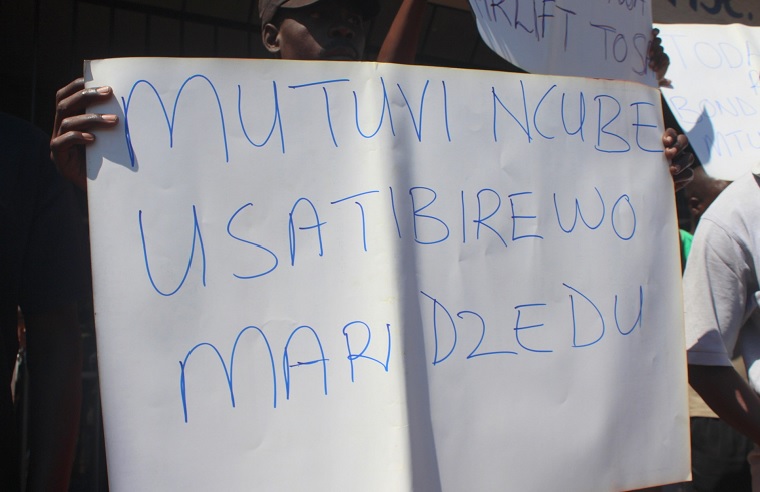 Zimbabwean companies, which include units of South African commercial firms, want the government to restructure and broaden the tax system to include the booming informal economy.

The informal economy is exerting pressure on formally registered businesses at a time expats are helping to prop up the economy.

This week President Emmerson Mnangagwa acknowledged the support role that diaspora Zimbabweans, especially those in South Africa, were providing as Zimbabwe battles to push its economy back to growth. South Africa is reported to have the largest population of expat Zimbabweans.

“The country is benefiting from diaspora remittances. We also are happy that some of our people in the diaspora, like those in South Africa, have banded together and raised capital,” he said.

Zimbabwe’s Treasury and the central bank have allowed recipients of remittances and free funds to access their proceeds in hard currency, although foreign currency constraints have occasioned limitations in some cases.

Remittances and free funds have also been exempted from the 2 percent intermediated money transfer tax. However, according to a taxation system survey released this week by the Zimbabwe National Chamber of Commerce (ZNCC), about a quarter of large local commercial companies have identified tax rates as a major constraint to doing business in Zimbabwe.

“Most of the interviewees regarded the current tax system as punitive given operating environment, as it increases the cost of doing business, rendering local products uncompetitive. There is a lack of enforcement on the informal sector,” Takunda Mugabe, chief executive officer of the ZNCC, told a meeting of business leaders attended by President Emerson Mnangagwa.

The survey highlights the fact that local companies are also facing “competition from imports, the informal economy (which is not taxed) as well as corruption”, which are viewed as “having an effect on business activities and tax payments” by formally established companies.

“There is a lack of enforcement of tax collection on informal sectors and there are no incentives granted for full compliance with tax laws.”

In order to deal with tax avoidance and evasion, the Zimbabwean business leaders have recommended that the government restructure the tax collection system and broaden the tax base, while they advised against “just hiking the tax rate” as a solution.

Mnangagwa is punting that Zimbabwe is open for business, but the country has been facing more and more economic headwinds.

This has prompted some business leaders to demand that farmers of cash crops such as tobacco and cotton be allowed to retain foreign currency earnings for use in procuring inputs. This comes as Tiger Brands’ Zimbabwean associate unit, National Foods, said it was closing its flour mills as supplies had run low owing to failure to secure forex to pay for stocks.

“The answer is ‘no’ (to the question of farmers being allowed to retain forex earnings). Until economic fundamentals are satisfactory we will not be able to allow farmers to keep their own forex, it would be disastrous,” Mnangagwa told the Zimbabwean business leaders.- IOL