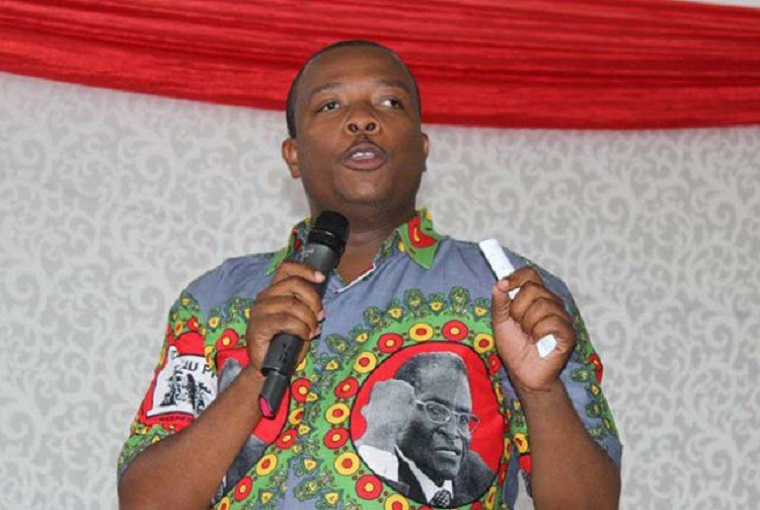 The Zimbabwe African National Union-Patriotic Front youth league has joined those calling for national political commissar Saviour Kasukuwere to go, clearly refuting the argument by Vice-President Phelekezela Mphoko that it was war veterans leader Christopher Mutsvangwa who was behind the drive.

Kasukuwere is accused of setting up parallel structures and trying to oust President Robert Mugabe.

ZANU-PF youth league leader Kudzanai Chipanga was a close ally of Kasukuwere and a darling of the First Lady, Grace Mugabe.

Ten political provinces have already called for Kasukuwere to go, joining the party’s Women’s League which first made the call.

According to the Herald,  the Zimbabwe Liberation War Collaborators Association and ZANU-PF UK and Europe also want Kasukuwere out.

Chipanga said while the youths were supportive of the actions taken by the provinces, the matter rested with the politburo.

“Cde Kasukuwere’s matter is not a Youth League affair, but a party issue and as such it will be tabled before the next Politburo meeting,” he was quoted as saying.

“We will make a decision as a party and not as a wing. We are observing developments taking place in the provinces and we are waiting for their submission to the Politburo and will be deliberated at its next meeting.”

A high-powered ZANU-PF delegation was supposed to hear Kasukuwere’s case on Sunday but this was postponed to tomorrow.