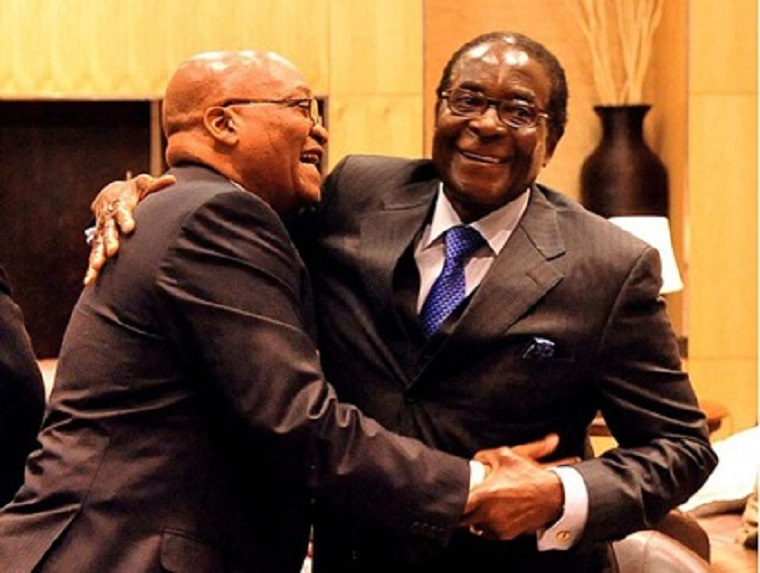 “The ANC is using the ZANU-PF tactics of remaining in power,” South Africa’s Pan Africanist Congress (PAC) declared this week.

“When Zimbabwe’s ZANU-PF realised that it was likely to lose power, as it was perpetually becoming unpopular among the Zimbabweans, they took the land from the dispossessor to the dispossessed.”

Now the African National Congress (ANC) was doing the same, the PAC said, because it was seeing its own popularity fade.

The PAC said this in a statement in which it otherwise welcomed the ANC’s decision – at its national executive committee meeting last weekend – to work with other former liberation movements to redistribute the country’s land to the “dispossessed black majority”.

The ANC was finally coming to its senses about land, said the PAC, which broke away from it 58 years ago precisely over this question.

Was this just wishful thinking and propaganda by the PAC?

That the ANC’s national support has been dwindling became clear in the local government elections of last August, and President Jacob Zuma’s own fortunes have also waned within the ANC.

Have Zuma and his faction in the ANC resorted to the Zanufication of the land issue – and indeed also of the economy at large – in a desperate attempt to shore up?

Zuma recently broke with the ANC’s official land policy by proposing that the state should be given powers to expropriate land without compensation.

And in his February State of the Nation address, Zuma proposed a wider “radical socio-economic transformation”.

This would mean using the state far more aggressively to intervene in the economy to accelerate the upliftment of black citizens, which he said market forces had dismally failed to do.

But so far, Zuma’s attempts to open the fiscal floodgates to finance this state intervention (including plans to spend about R1 trillion on a fleet of nuclear power plants) have been held in check by two prudent finance ministers, who contended that the country simply could not afford such extravagance.

On 9 December 2015, though, Zuma abruptly fired one of them, Nhlanhla Nene, to get him out of the way – replacing him with a pliable and unknown ANC backbencher, David van Rooyen.

International markets reacted badly, sending the rand into a tailspin and wiping billions off the Johannesburg Stock Exchange.