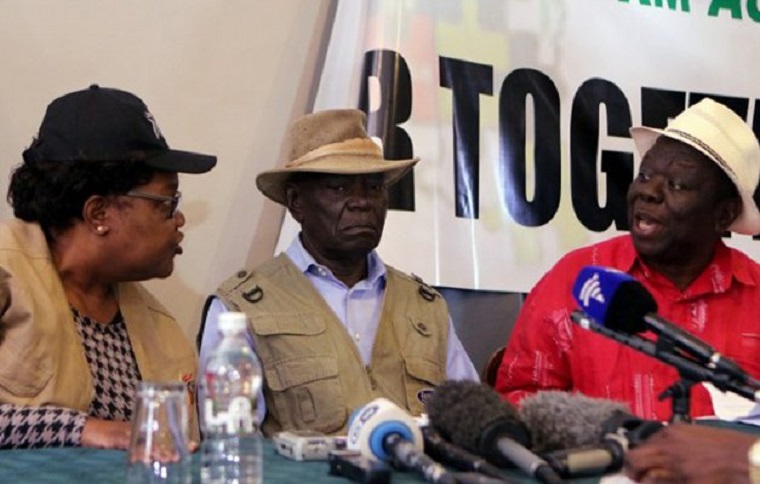 For the past two decades, the phenomenon of the opposition coalition has gained growing traction and interest across Africa.

In 2000, a group of opposition parties in Senegal joined forces as the Sopi (or “Change”) alliance. Together, they defeated the incumbent president and ended 40 years of one-party dominance.

In 2002, Kenya’s opposition repeated the trick. In the 1992 and 1997 elections, losing parties had cumulatively gained over 60% of the vote. But this time around, they grouped together as the National Rainbow Coalition (NARC). This united opposition swept to power, removing the party that had governed Kenya since 1963.

Since then, pre-electoral coalitions have changed governments again in Senegal, as well as in Liberia, Madagascar, Malawi, Mali, Mauritius, Nigeria and The Gambia.

When elections are held in 2018, Zimbabwe hopes to join this growing list.

This would be a broad and impressive coalition, bringing together many well-known faces and politicians who have electoral support outside of traditional opposition strongholds. But for every successful opposition alliance Africa has seen, there have been several more that have crumbled after early optimism or fallen flat at the ballot box.

Why do coalitions sometimes become more than the sum of their parts and generate a huge surge of support? Why do they often fragment and collapse?

One crucial indicator of whether an opposition coalition will succeed is how polarised the political landscape is. This can determine the degree to which parties are able to join forces coherently and without undermining their own reputation and principles.

According to political scientist Nicolas Van de Walle, opposition coalitions only work when they appear capable of winning and thus prompt members of the ruling party to defect. These defectors not only bolster the ranks of the opposition, but can bring supporters with them and sway undecided voters.