Why Mugabe has been winning the international PR contest 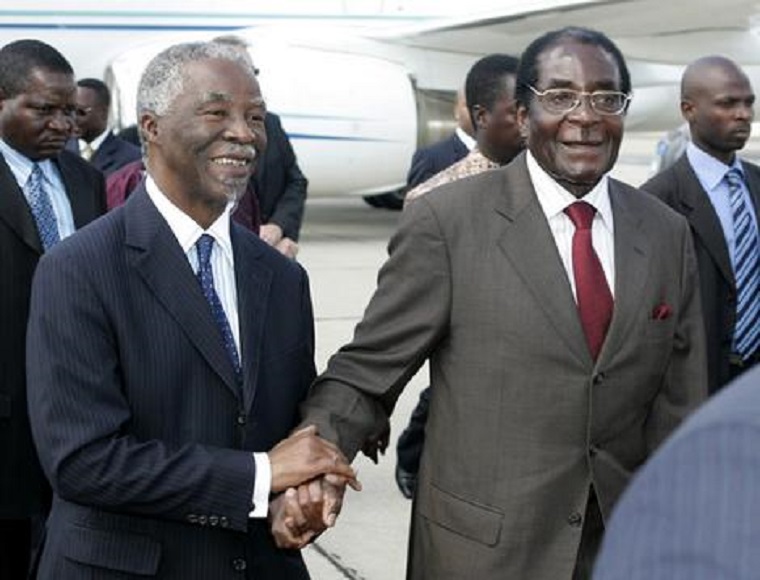 With President Robert Mugabe in and out of the country so much these days, one would have thought this is a current story. Not so. It is from our March 2003 edition. Apart from the names of political leaders who have since left their posts how much of what is below is still true today?

President Robert Mugabe has been winning the public relations contest to isolate him and his top lieutenants because the international community's approach to Zimbabwe lacks a shared, universally recognisable objective.

The International Crisis Group (ICG) says in its report: Zimbabwe: Danger and Opportunity, if one asked a representative sample of Africans what the international community is seeking from Zimbabwe one is likely to get any of the following answers: punishment of Mugabe, protecting white farmer interests, promoting human rights, invalidating the March 2002 presidential elections, supporting free enterprise and securing investments.

The report which was released on 10 March says there would be a new dynamic if the West and Africa agreed on a basic objective and worked together.

At the moment, there are divisions in the Commonwealth, the European Union and even the United States.

"Internal divisions within the European Union, the Commonwealth and the US government have played into the hands- once again – of those in Harare who are resistant to change," the report says.

It quotes a Zimbabwean civic leader as saying: "Each time Mugabe gets some sort of indication – be it from Europe or Africa- that seems to be legitimising him, it is those fighting for democracy on the ground who pay."

The two African leaders have said the troika is not going to meet this month so the sanctions imposed on Zimbabwe should automatically lapse.

Australian Prime Minister John Howard has, however, argued that the troika cannot lift the sanctions.