Why brutalising food vendors is counterproductive 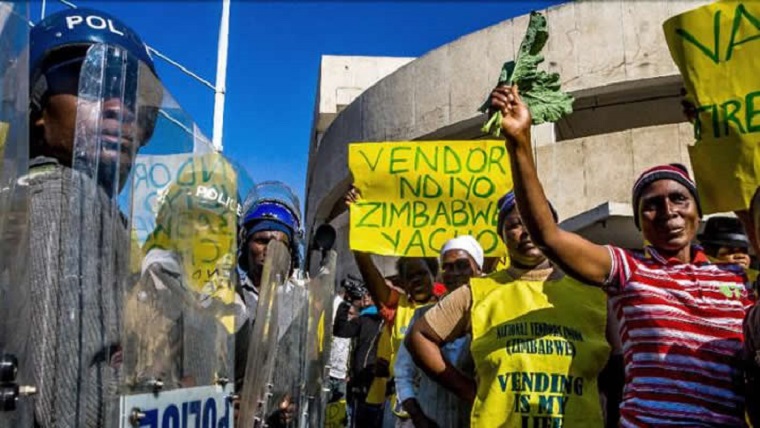 The council then attempted to confiscate, and destroy, all perishable food items that were being hawked in the central business district.

Many vendors fought back, resulting in deadly clashes over a series of days in the opposition run capital city.

Sadly, such violent treatment of workers in informal markets is all too common in African cities.

Indeed, based on calculations from the Armed Conflict and Location Event Database, such treatment dramatically increased over the past decade.

In 2015, there were more than 250 incidents of violence against informal workers in Africa reported in the media, a more than fourfold increase since 2005.

These represent just a few examples of concerted “decongestion” efforts to push informal traders off the streets.

But they extend to confiscating merchandise and demolishing makeshift trading stalls.

In addition to inflicting violence on a vulnerable population, government shutdowns of informal food markets deprive city dwellers access to a critical source of food.

Food markets in the informal sector are a vital source of both food and income for Africa’s urbanites.

These include most of their nutrient dense foods like eggs, meat, fish, and milk.

A study of 11 African cities found that 70% of households regularly purchase their food from informal markets or street vendors.