White Zimbabwean farmers return to the land as tenants of... 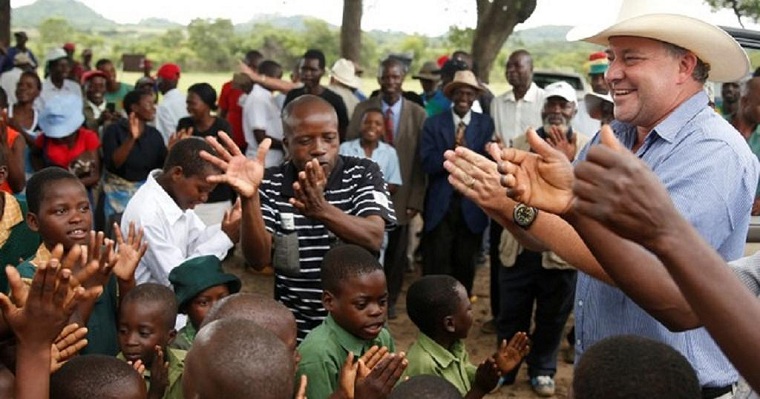 Nearly two decades after Robert Mugabe began his purge of white Zimbabwean farmers, hundreds are returning to the land as tenants of the black beneficiaries of his land seizures.

It may not be the triumphant return some had yearned for, but in central Zimbabwe’s three main crop-growing provinces, as many as 800 white farmers are once again tilling the soil.

The influx has been discreet, even furtive, a cause for discomfort on both sides of the racial divide.

For supporters of Mugabe, who died three months ago at the age of 95, it represents a realisation of his worst fears.

His land grab may have unleashed economic devastation – reducing Zimbabwe to beggary and taking millions of its citizens to the brink of starvation – but he could always blame the wretchedness of his people on the West, with its sanctions and neocolonial skulduggery.

Yet it was harder to blame outside forces if the black recipients of the land, many bigwigs in the ZANU-PF party, leased it back to the whites.

For Mugabe, it would represent a colossal admission of failure, an acknowledgement that black Zimbabweans could not do the job.

He repeatedly urged them to resist the temptation. But his administration did little to help those with no education in modern agricultural techniques – who often acquired the highly mechanised farms not because of their agricultural expertise but through their political connections – to take on sophisticated farms.

As the economy contracted, there was no cash from the state’s land bank for “new” farmers to finance their crops or pay workers they inherited.

Commercial banks would not give them loans as there was no security, land confiscated from whites was nationalised. Title deeds were no longer recognised.

White farmers secretly started leasing their land back, and about 200 white farmers had never been evicted but were left tiny pieces of their original holdings.

But after he was ousted in a coup two years ago, the tide could no longer be stemmed. Much of Zimbabwe’s best commercial farmland lay derelict, and the returns began.

Some of the “new” white farmers were children when their parents were often violently forced off the land. They are reluctant to speak openly.