We are mourning not politicking- Chamisa 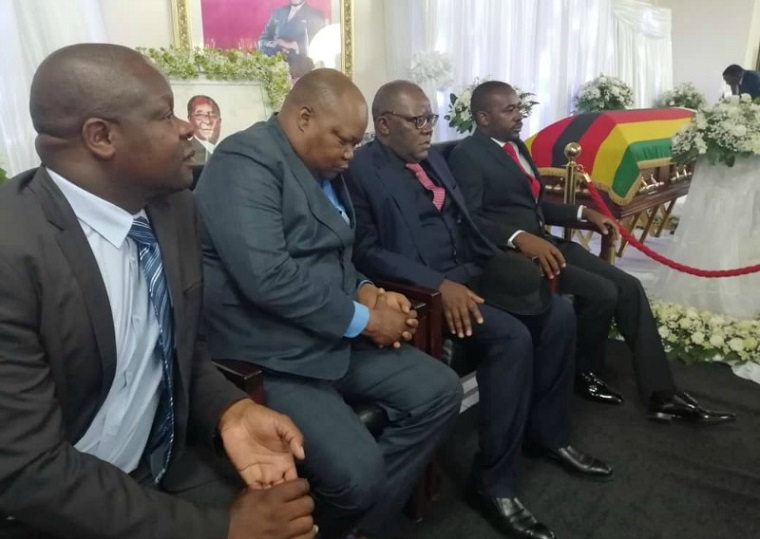 In a message after the visit, Chamisa said: “I’ve been to the Mugabe family residence to pay condolences as a gesture of Ubuntu, rising above political differences and personal animosities. The circumstances right now inform us that this is the time for mourning not political point scoring or politicking.”

Some of Chamisa’s supporters are questioning his perceived sympathy towards Mugabe who died on Friday last week but he has not wavered from his stance.

“We have very many guests and dignitaries coming into our country from around the world to pay their respects and we must welcome them as one family despite our challenges and differences. So we shall not do or say things except all in the spirit of Ubuntu/hunhu hwedu,” Chamisa said.

“As pan africanists, we will do all what is required of us from a position of principle and values, showing leadership & courtesy. All will be revealed in due course. We all have a duty to each other maintaining fidelity to the matters that matter most for all Zimbabweans.

“A nation that drinks from the cup of bitterness and hate runs the risk of getting drunk and drowning under a stupor of revenge, vengefulness and perpetual pain.”

The funeral service will be held at the National Sports Stadium on Saturday.

It is still not clear where Mugabe will be buried.