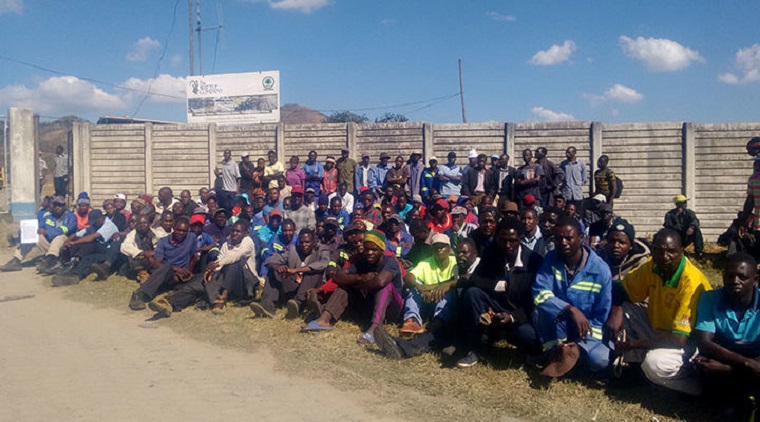 Workers at the privately owned timber firm, Wattle Company yesterday picketed its Vumba factory demanding to be paid outstanding wages of $350 000 dating back to 2014 as the strike entered its third week.

The 146 workers won an arbitral award in 2015 but failed to agree on a payment plan with their employer. Workers say the strike was in response to their employer opposing a move to register the award after failing to reach a deal.

“We approached the courts in early 2015 through the services of our lawyer after we had gone for the whole of 2014 without pay. It was ruled that our employer should clear our salary backlog by end of 2015. But surprisingly our employer went on to oppose the arbitration and the case has been going on for years,” said workers committee chairperson Tutsirayi Ngonyama.

Wattle Company human resources executive Philip Masudze said since the workers had rejected management’s proposal, the company would wait for a court ruling.

“It is regrettable that our workers have taken the matter into their own hands but otherwise the issue is simple and straightforward. We are paying current wages but there is a dispute on the settlement of a backlog which occurred in 2014 over which we engaged the employees and tendered a payment plan proposal. The employees approached the (High) Court to register an arbitral award for the backlogs and when the company filed papers in opposition of the application for the registration of the award, the employees decided to stage a sit-in,” said Masudze.

“Since they had taken the arrears dispute to the court, we are now waiting for the courts to finalise the matter.”

Wattle Company is one of the biggest timber companies in the country with estates in Nyanga, Chimanimani, Mutasa, Vumba and Chipinge.- The Source