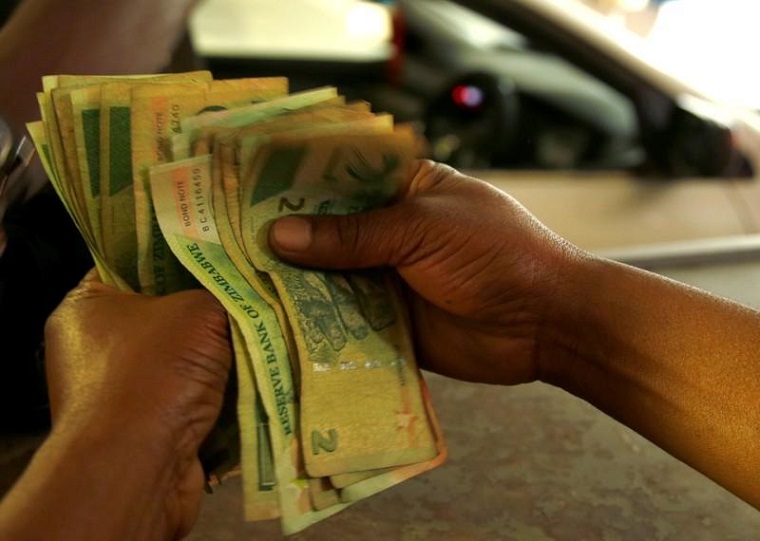 Heralded by Zimbabwe’s central bank and its President Emmerson Mnangagwa as the answer to an acute cash shortage that has hamstrung the country’s economy, new low-denomination banknotes were due to enter circulation today.

But by noon they had seemingly failed to arrive. Banks had yet to receive the new bills.

Reserve Bank of Zimbabwe governor John Mangudya said this afternoon banks had started receiving the money and should be disbursing it tomorrow.

The dearth of cash, along with shortages of staple goods exacerbated by a long drought, has crippled the economy, sending inflation – which economists estimate is running at 380% year-on-year – to its highest since 2008.

In that year, hyperinflation wiped out many people’s pensions and savings and forced the country to dump the Zimbabwe dollar currency.

The government unexpectedly re-introduced the Zimbabwe dollar in June to end a decade of dollarisation.

It hopes the new notes, at lower denominations than those currently in circulation, will help end the cash shortage, bring down inflation and speed up the restoration of the long neglected domestic currency.

The RBZ said it would issue new 5 dollar and 2 dollar notes as the next stage of that process, similar in design and colour to the bond notes that were introduced in 2016 as a surrogate for U.S. dollars.

It has said it plans to inject 1 billion Zimbabwe dollars in cash into the economy the next six months.

But many locals and market analysts are unconvinced that new notes will do much to alleviate the crisis.

“If only they had introduced higher denomination notes like 50 dollars that would have made more sense. What do you do with 5 dollars?” said Rachel Mandeya, a 28-year-old street foreign currency trader.

The 5-dollar note, the highest new denomination, is worth just 32 U.S. cents and is only enough to buy a bottle of soda.

Tony Hawkins, a professor of business studies at the University of Zimbabwe said the central bank was trying to deal with “symptoms of a bigger problem”.

That included foreign currency shortages, lack of foreign investment, inflation and lack of confidence in policy.

“The new cash will not resolve the economic problems we face… What it means is that we will probably have more cash around to feed the black market for currency,” he added.

Many businesses discount prices by up to 40% for customers paying cash and charge more for those using mobile money or bank cards.-TR/Own