Victoria Falls, the Zimbabwe side, is not dry 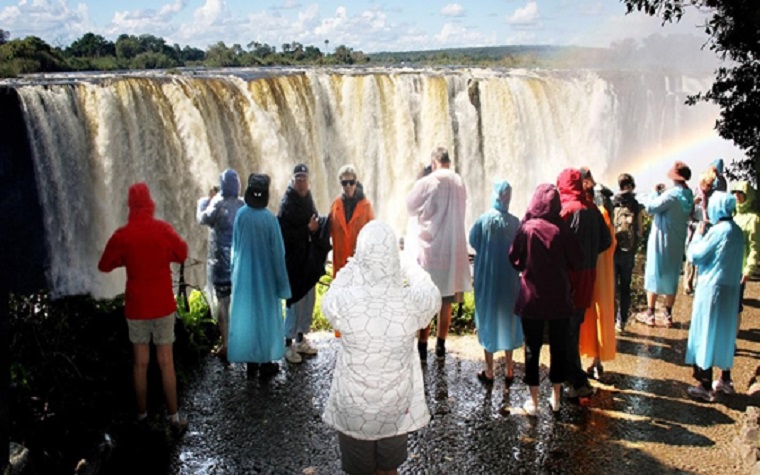 As Southern Africa battles one of its worst droughts in decades, numerous media reports have stoked fears that Victoria Falls, bordering Zimbabwe and Zambia, is running dry.

The claims were sparked by a YouTube video showing a long stretch of bare cliff-face at Livingstone, on the Zambian side of the world’s largest waterfall, in which a woman says she is praying for rain.

However, the video and subsequent media reports downplayed the seasonal dry period which affects the water flow every year, as well as the fact that the Zimbabwean side of the waterfall has been faring much better.

The video has racked up more than 40 000 views since September.

It led to some social media users responding with photos and videos as evidence that the situation at Victoria Falls, while troubling, had been exaggerated and offered an incomplete picture.

In fact, the volumes of water crashing through the UNESCO World Heritage Site are typically affected by seasonal rainfall, and there have already been signs of improvement since the YouTube video was posted in September.

The Zambezi River Authority (ZRA) shares daily data on flow measurements taken at the Falls, a key station on the river.

According to their data, the lowest flows recorded were during the 1995/96 season.

And while the water flow this November did reach lows not seen since 1995, measurements on December 2 had increased during the week under review, closing at 227 cubic metres per second.

That’s slightly higher than the reading on the same date last year: 220 cubic metres per second.

Shelley Cox, co-founder of sustainable travel agency Africa Conservation Travel said: “Some of the reports or the majority of images and videos have only showcased the Eastern Cataracts section closest to Zambia. It’s given the perception is what the entire stretch of the Victoria Falls looks like.”

According to the African Travel and Tourism Authority, the Zambian side sees less water flowing in the dry season, mainly due to differences in topography across the span of the Falls, which are lower on the Zimbabwean side.

Southern Africa is grappling with one of its worst droughts in decades, and Zambia’s President Edgar Lungu is among those who have linked the situation at the waterfall to climate change.

“These pictures of the Victoria Falls are a stark reminder of what climate change is doing to our environment and our livelihood,” he tweeted in October.

However, the long-term impact of climate change on the Victoria Falls remains unclear.

A study published last year, which looked at 40 years of data from the Zambia Meteorological Department, noted that there had been “a statistically significant change in temperature” in Livingstone.

However, there had been “no statistically significant change in annual average rainfall” in the town.

Kaitano Dube, a researcher at Vaal University of Technology who co-authored the study, said it was difficult to know if, or when, the Falls would dry up.

But he added: “If you look at the trends, definitely the water levels are getting lower and lower and the droughts are getting more extreme.”-Timeslive

See also: Can tourism rescue Zimbabwe from its economic crisis? – US publication says it is