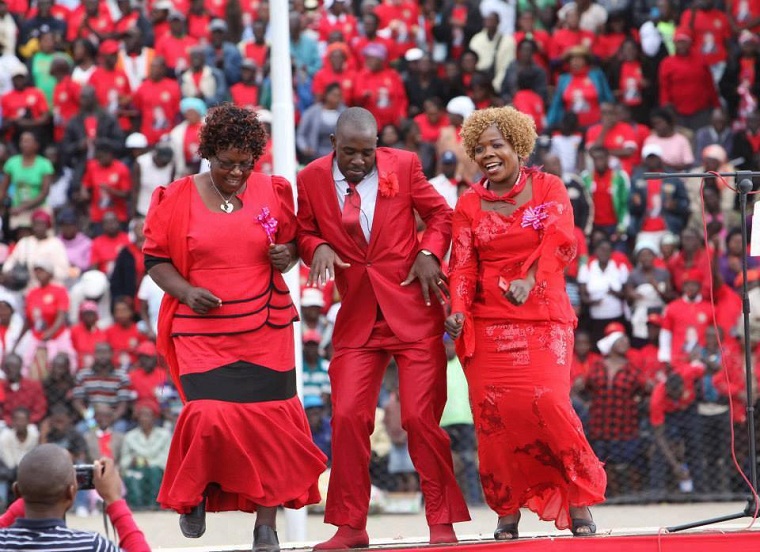 The Nelson Chamisa-led Movement for Democratic Change congress kicked off yesterday but there could be two more MDC congresses on the cards.

The two other congresses claim to emanate from the High Court judgment of 8 May in which Justice Edith Mushore declared Chamisa’s leadership unconstitutional.

Chamisa appealed the judgment enabling him to hold the congress which started yesterday and ends tomorrow.

Thokozani Khupe, leader of the MDC-T, and the only elected vice-president the MDC-T at the 2014 congress, says she is organising an extra-ordinary congress as ordered by Justice Mushore.

In her ruling Justice Mushore said the party must hold an extra-ordinary congress within 30 days of the judgment using the 2014 structures.

Chamisa was clobbered by Douglas Mwonzora at the 2014 congress when the two contested for the post of secretary-general.

It is not clear whether Khupe and the DMTL will work together or not.

Chinyadza, however, argued that his group had decided to go it alone because Chamisa had sold the party to the Zimbabwe African National Union-Patriotic Front faction G40, which supported former President Robert Mugabe before he was forced to resign.

“Critical in the High Court judgement of the 8th May 2019 is the nullification of the all the congresses Chamisa conducted at all structural levels of the party from the Branch, Ward, District, and Provincial levels throughout the party, not only because he was  illegal himself but also that their processes were NOT democratic and that they were punctuated by unparalleled violence and replete with practices which resemble the chaos and confusion borrowed from Chamisa’s funding father Robert Gabriel Mugabe,” Chinyadza said.

“We are aware that bulk of the true members of the MDC were illegally and forcefully stopped from participating in those congresses in preference to persons who were handpicked by Chamisa himself and his cabal for the sole purpose of political aggrandizement. We all know that this was done to ensure that he and his preferred friends would complete the takeover of the MDC by people who owe no allegiance to the founding values and culture of the party.

“All what has happened vindicates what we have complained about and raised alarm bells in the hope that some redress will be put into place. But we all know that this is now history as Chamisa does not listen to anybody other than his G40 allies who are bent on destroying the MDC party at all costs.”

Former party leader Morgan Tsvangirai survived two major splits in the party and retained the majority of followers on both occasions.

Chamisa is also likely to survive any split but questions will continue to be raised about the constitutionality of his rise.

His supporters have argued that political parties are voluntary organisations. Those not happy with the club are free to leave and form their own parties.