Tsvangirai to address nation via Voice of America’s Studio 7 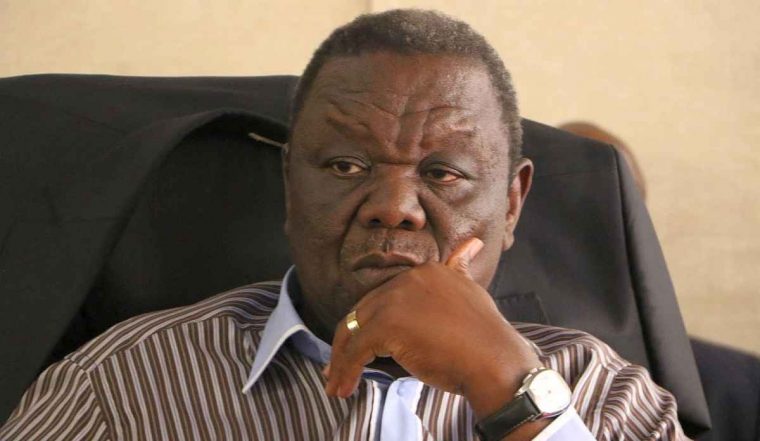 Movement for Democratic Change leader Morgan Tsvangirai will address the nation via Voice of America’s Studio 7 on Sunday and will focus on the voter registration that begins on 10 October as well as his health.

His spokesman Luke Tamborinyoka said Tsvangirai will be interviewed by Blessing Zulu.

The MDC-T leader was rushed to hospital in South Africa on 15 September and is still recovering.

The Voice of America is a United States government propaganda station which American citizens were not allowed to listen to except for research purposes only because its broadcast was considered propaganda only fit for external consumption.

Studio 7 was started in 2003 as a surrogate station which was aimed at replacing the Zimbabwe Broadcasting Corporation.

A study that was carried out during the Bush administration showed that it was one of the most expensive VOA stations as it cost up to $5.22 to reach a single Zimbabwean when it cost VOA only six cents to reach the Hausa in Nigeria.

President Tsvangirai to address the nation on voter registration

President Morgan Tsvangirai will on Sunday have an opportunity to speak to Zimbabweans ahead of the voter registration blitz that kicks off in the country on Tuesday, 10 October 2017.

All Zimbabweans are urged to tune in to Studio 7 on Sunday, 9 October 2017 at 1900 hrs when the radio station’s Blessing Zulu will be speaking to President Tsvangirai about various issues affecting the country. The people’s President will also take the opportunity to reassure the nation about his health as well as pitching his message to all patriotic Zimbabweans ahead of the nationwide voter registration blitz which kicks off in earnest next Tuesday.

The people’s leader, the only hope for the despondent people of Zimbabwe, will be speaking to his fellow citizens ahead of this mammoth exercise in which all of us must participate so that we participate by registering to vote. It is only through our direct and active participation that we can be able to consign this clueless Zanu PF regime to the dustbin of history.

Rather than address the challenges facing the people, the very apex of our government is engaged in this needless and shameful act of throwing barbs and holding press conferences against each other at the expense of the nation’s parlous predicament. Succession battles have taken centre stage to the detriment of the lives of the hard-working people of this country who are sweating it out under very difficult circumstances.

Fellow Zimbabweans, let us tune in to studio 7 on Sunday and on Monday and 1900 hrs and listen to our leader speak with us.

Yes, he is well, very much out of danger and, true to form, remains more worried about the parlous state of this country, which he so much loves.

Let us all turn out in our millions to register to vote.