Tsvangirai in Manicaland- will his path cross with that of... 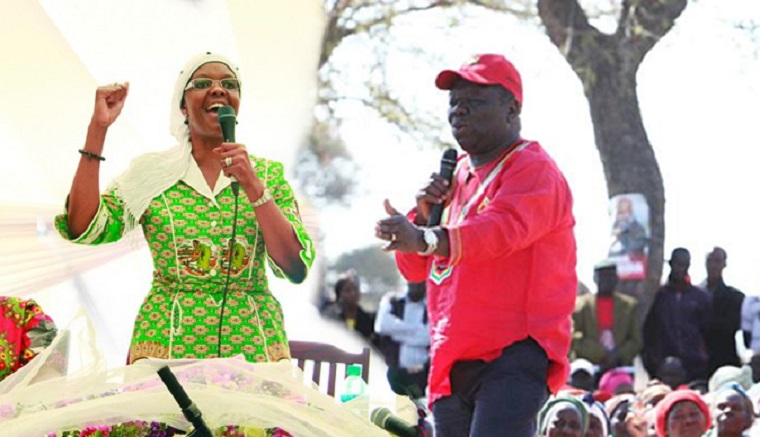 Movement for Democratic Change leader Morgan Tsvangirai today began his tour of Manicaland and addressed about 200 opinion leaders in Chipinge, described by his spokesman Luke Tamborinyoka as the biggest gathering of his tour so far.

Tsvangirai has already been to Matebeleland, Midlands and Masvingo.

He is expected to visit Chimanimani this afternoon and will be in Nyanga and Mutasa tomorrow.

It is not yet clear when and whether he will visit his home are Buhera where First Lady Grace Mugabe is expected to be on Friday.

President Morgan Tsvangirai today kicked off his consultation programme in Manicaland province with a highly successful meeting attended by over 200 opinion leaders in Chipinge.

Traditional healers, traditional leaders, pastors, civil servants and other community leaders engaged in a highly interactive meeting with President Tsvangirai that lasted three hours. The community leaders made invaluable strategic inputs on key issues to do with the alliance of opposition parties, elections as well as a new-governance culture after 2018, which they said must be inclusive.

The traditional leaders reiterated the grievances raised by their colleagues in other provinces. These include intimidation and violence by Zanu PF against their subjects as well as the chiefs and headmen themselves.

On alliances, the traditional leaders in Chipinge gave their thumbs up but urged President to use his due diligence to vet all political parties before making a decision to work with any one of them.

The community leaders said they wanted a truly free and fair election in 2018. They bemoaned their abuse by Zanu PF and pledged that they will not allow themselves to be abused to frog march people to vote for a particular political party but will let people express themselves.

The turnout of over 200 opinion leaders is one of the biggest gatherings addressed by President Tsvangirai during this tour.

This afternoon, the popular MDC leader will be engaging opinion leaders in Chimanimani.

Tomorrow, he will be listening to the views of Zimbabweans in Nyanga and Mutasa districts.