The rot in Zimbabwe’s Ministry of Transport- Part Two 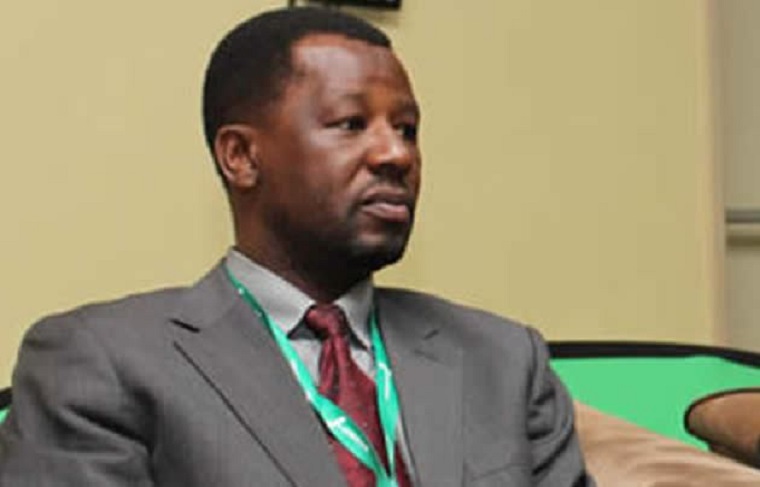 The Permanent Secretary for Transport Munesu Munodawafa totally disregarded regulations and procedures for running the ministry and did not show any remorse at all for his conduct when this was pointed out by the auditor-general, a Parliamentary committee says.

It said Munodawafa, for example, charged some of the ministry’s expenses to the New Number Plate revolving Fund and the Traffic and Legislation Fund without providing a detailed disclosure.

According to the Public Accounts Committee, Munodawafa argued that his ministry indeed disclosed but probably not in the format acceptable to the auditors.

He also defended the intermingling of funds from the Appropriation account and Statutory Funds on the premise that they were both administered by the same officials.

Munodawafa also blamed the auditors for reporting 2013 issues in 2016 which was well out of time when he is in fact supposed to submit his accounts within 90days from the end of the financial year.

Munodawafa was moved to the Ministry of Mines last month.

4.2    Appropriation accounts for the Ministry of Transport and Infrastructural Development for the year ended December 31, 2015.

The Ministry did not disclose payments that were made on its behalf by Statutory Funds to directly settle its obligations for goods and services during 2015.  Over the years, the Auditor-General noted that some expenditure for the Ministry’s Head Office were charged to New Number Plate Revolving Fund and Traffic and Legislation Fund without providing a detailed disclosure of assistance received.

The Permanent Secretary, in his response to the audit observation, argued that his Ministry indeed disclosed but probably not in the format acceptable to the auditors. He also defended the intermingling of funds from the Appropriation account and Statutory Funds on the premise that they were both administered by the same officials. The Permanent Secretary admitted that he was knowingly violating the Constitutions of the Funds in question under the pretext that he had started discussion with Treasury on the possibility of amending the constitutions to allow access by other senior officials in the Ministry. He went on to blame the auditors for reporting 2013 issues in 2016 which is well out of time.

The Committee noted with concern the total disregard of regulations and procedures by the Permanent Secretary and apparent lack of remorse for his conduct. The Committee’s understanding was that Fund Constitutions provide direction on the management of funds and they have a force of law. It is also the Committee’s understanding that monies under these funds should be accounted for separately from appropriated funds. Furthermore, it is the Committee’s understanding that the Auditor General at the beginning of each year gives to Accounting Officers the format in which specific returns for both appropriations and Funds should be prepared. The PFMA compels accounting officers to submit accounts for appropriation and funds accounts for prior year within 60 days and 90 days respectively in the beginning of a financial year. This effectively means reporting for both is more or less at the same time and surely reporting on 2013 issues in 2015 should not be blamed on the auditors but the Accounting Officer who delayed in submitting financial statements.  Detailed disclosure of all the sources of expenditure is more-so in line with best practice.

It is of great concern that the then Permanent Secretary, with impunity, was violating regulations and went on to apportion blame on auditors for raising issues on accounts that he submitted well out of time. The Permanent Secretary has a duty to manage public funds within the ambit of the governing regulatory frameworks and be held accountable in the manner he has managed such public funds.

4.2.1.1       The Committee recommends that the Permanent Secretary should with immediate effect observe the Constitution of the Funds under his Ministry and ensure that expenditure from such Funds are as per the dictates of those Constitutions.

4.2.1.2       The Civil Service Commission, should by 30th September, reprimand the Accounting Officer for wilful violations of Funds Constitutions.

4.2    Public Financial Asset not prepared according to the recommended format

In violation of the PFMA, the Audit observed that the return for Public Financial Assets was not prepared according to the recommended format as it excluded columns such as balances as at January 1, 2015, expenditure for the year, adjustments and closing balances as at December, 31, 2015. Attempts by auditors to get confirmations form parastatals and other public entities under the Ministry did not help the situation as only three out of eight entities responded. As a result, the auditors could not establish whether the balance of $97 078 183 disclosed in the return represented the correct net amounts of loans and investments outstanding as at December 31, 2015. It is of concern to the Committee that failure to disclose all transactions for loans and investments does not promote transparency and accountability which is a requirement under the Constitution of Zimbabwe.

The Audit reported that out of 27 revenue collecting stations, 15 were not connected to SAP while users at five stations which had SAP running had no profiles and needed training.  At six stations, SAP was down and the receipting was done manually – meaning that most of the transactions from outstations were processed at the Ministry’s Head Office. It was also observed that delays in submitting sub-collectors schedules by stations, posting of revenue information was lagging behind and there were variances between receipts in the PFMS and cash reflected in the bank account throughout the year. There is a risk of exposing public funds to fraud in such a highly manual environment.

The Permanent Secretary informed the Committee that the SAP project was driven by Treasury and as a result, the Ministry had no control in terms of getting all the revenue collection stations connected. He indicated that two stations, one at Eastlea and the other one at Belvedere were connected. For stations still on the manual system, the Civil Service Commission had approved that the Ministry engage staff with accounting skills to ensure that procedures are adhered to.

The Committee was aware that there were plans by Treasury to roll out SAP to districts and it is the Committee’s expectation that this process is speeded up to enhance accountability in revenue collection.