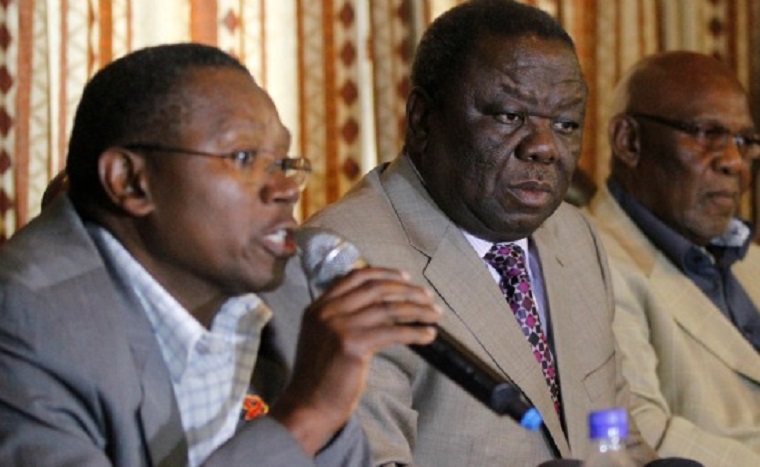 Is history repeating itself? This is the question Zimbabweans should be asking themselves as the country heads towards the 2018 elections and the opposition is failing to form a coalition to challenge the Zimbabwe African National Union-Patriotic Front, though everyone seems to agree that that is the only way to go.

This is the same problem the opposition faced during the impasse after the March 2008 elections in which MDC-T leader Morgan Tsvangirai officially won 48 percent of the vote with Mugabe trailing at 43 percent and Makoni had  just over 8 percent.

Makoni and Tsvangirai together had more than 55 percent of the vote but according to Makoni Tsvangirai was not willing to work with anyone because he believed he had won the election on his own.

Makoni told this to the United States ambassador to Zimbabwe James McGee, suggesting that Tsvangirai would not budge because he was heavily influenced by exiled businessman Strive Masiyiwa and  party treasurer Roy Bennett.

Bennett had bankrolled Tsvangirai’s victory but also complained at one time that Masiyiwa was a control freak and had Tsvangirai under his armpit.

Masiyiwa had financed parallel vote-counting under a command centre in Johannesburg to pre-empt the Zimbabwe Electoral Commission from rigging as the command centre was expected to be posting the results in real time as they came in giving ZANU-PF little chance to influence the result.

The Unites States government also funded another parallel vote-counting through the Zimbabwe Election Supervisory Network, but somehow both programmes failed.

As opposition parties prepare for the 2018 elections, Tsvangirai’s MDC is arguing that the MDC-T leader should lead any coalition that is formed because he has wider support than any other opposition party and can actually go it alone as he has beaten Mugabe before.

Other coalition partners want the leader to be selected by the parties.

Joice Mujuru, leader of the National People’s Party and the country’s former Vice-President has vowed that she would not join any coalition which has the name of the MDC saying this is not an alliance or coalition but the swallowing of other parties.

Mujuru knows that this is what she and her colleagues did when they united with the Zimbabwe African People’s Union to form ZANU-PF which was already the name of the party led Robert Mugabe.

Below are the first 440 Wikileaks cables on Tsvangirai- 285 more to go.