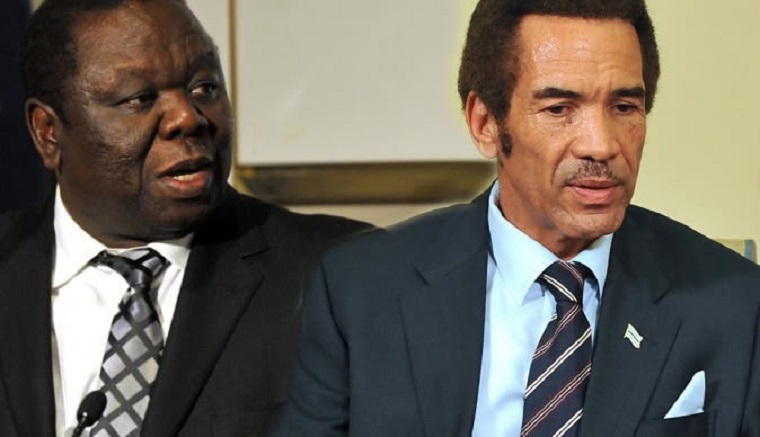 The delay in reaching a settlement between the Zimbabwe African National Union-Patriotic Front and the Movement for Democratic Change could have been caused by the fact that MDC-T leader Morgan Tsvangirai was listening to his outside advisors too much.

Shortly after the 29 March 2008 elections  which the MDC-T won beating  ZANU-PF by one seat,  MDC-T treasurer Roy Bennett complained that Tsvangirai was listening to exiled businessman Strive Masiyiwa too much.

He went on to the extent of describing Masiyiwa as a control freak  who was taking over the party, even though he was not an elected official and had no constituents to which to answer.

Masiyiwa was controlling access to Tsvangirai “for his own purposes” and calling all the shots, including whether or not Tsvangirai returned to Zimbabwe, Bennett complained.

“Strive is clever, rich, and a control freak, and Tsvangirai does what the last person tells him to do,” he said.

Tsvangirai had gone to South Africa and was reluctant to return to Zimbabwe to lead his people who were being beaten up ahead of the presidential elections run-off.

His party lieutenants wanted him to return to show leadership but Tsvangirai was worried about his security.

Bennett said these concerns were “nosense” because Tsvangirai could be assassinated in South Africa or elsewhere on the continent if the Mugabe regime wanted him dead.

Shortly after signing the Global Political Agreement which was supposed to pave the way to the inclusive government, MDC-T spokesman Nelson Chamisa also complained that Tsvangirai was letting down the party by staying in Botswana on the advice of American Melinda Farris.

Chamisa said Tsvangirai’s absence had left a leadership vacuum which ZANU-PF was taking advantage of.

Chamisa said Farris had become a “big problem” because Tsvangirai was listening to her too much to the exclusion of many in the MDC leadership, including himself and Tendai Biti, with whom Farris had a strained relationship.

He believed Farris had encouraged Tsvangirai to remain outside Zimbabwe when his presence was now needed in the country to demonstrate courage which was his hallmark.

Below are the first 580 Wikileaks cables on Tsvangirai, 145 to go.