Tendai Biti hogs the limelight at the expense of Chamisa... 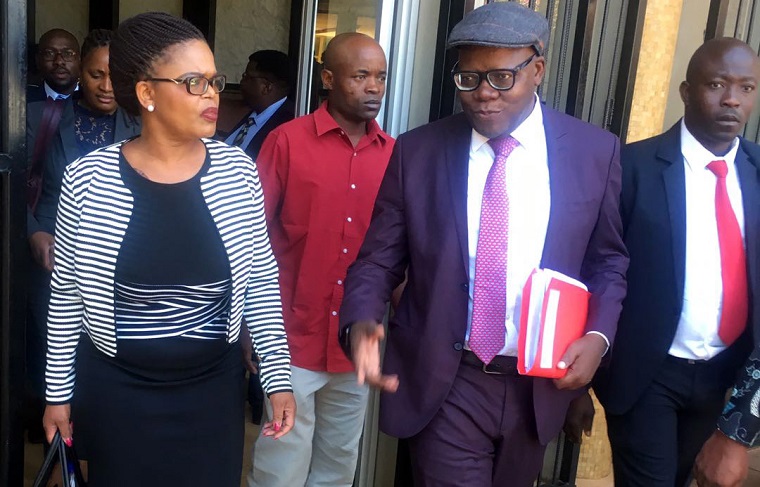 Movement for Democratic Change deputy chairman Tendai Biti, whom the United States seems to be pushing at the expense of opposition leader Nelson Chamisa, has hogged the limelight again after his lawyer Beatrice Mtetwa successfully applied that his trial on charges of contravening the Electoral Act be broadcast live.

Biti is facing charges of unlawfully and unofficially announcing the results of the 30 July presidential elections. He is also accused of inciting violence on 1 August which resulted in six people being killed.

United States Deputy Assistant Secretary in the Bureau of African Affairs Matthew Harrington last week told the Senate Foreign Relation Committee on Africa that one of the conditions that would show that Zimbabwe wants to undertake genuine reform so that Washington can lift sanctions on Harare was that it should drop charges against Biti.

He was backed by United States Senator Jeff Flake one of the sponsors of the amended Zimbabwe Democracy and Economic Recovery Act, the law that enforces sanctions on Zimbabwe, who chaired the committee hearing.

Flake said: “Tendai Biti has been raised a couple of times here. I can say and I hope that you will take back to the Zimbabwe government, if they’re not listening now to this, that it would be difficult to move forward with any type of relationship with Zimbabwe and move forward and progress on some of these issues while charges are still leveled against him and he is not allowed to travel freely, his passport has been revoked, I believe.

“He is a friend of this committee and he’s been here a number of times, and I was pleased to see that you had that among your list of things they could do. That would be a pretty visible, outward sign that they’re ready to move forward beyond the past.”

The trial of Biti is, however, going ahead.

Biti also stole the limelight when he testified before the Kgalema Motlanthe Commission of Inquiry into the 1 August violence when he said three of the seven commissioners were conflicted.

He said Charity Manyeruke was a known member of the ruling Zimbabwe African National Union-Patriotic Front and in his opinion she should have resigned when Jim Kunaka gave evidence to that effect last week.

He was also not comfortable with British lawyer Rodney Dixon because it appeared he specialised in representing military juntas.