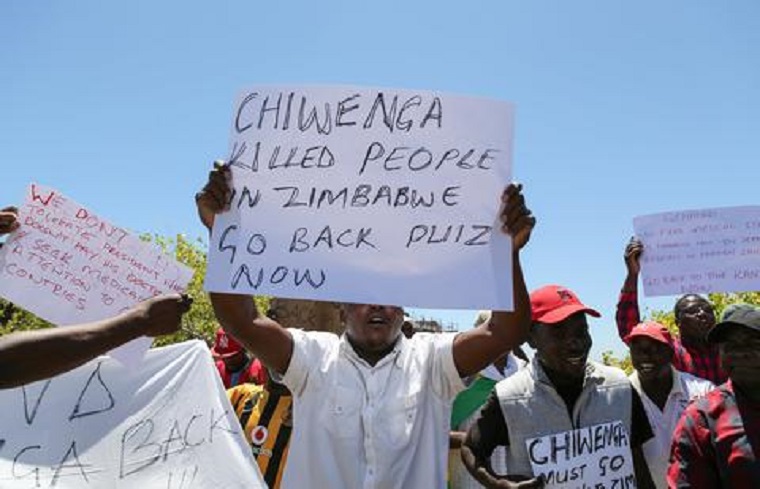 South Africa has told Zimbabweans living in that country to very their anger at Zimbabwean authorities and respect its hospital premises as a healing environment for patients.

The Department of Health told Zimbabweans that health staff should be given space to work uninterrupted with their patient care.

“The Department of Health is aware that a group of Zimbabwean citizens have gathered at Groote Schuur Hospital to protest against the alleged treatment of the Zimbabwean Vice President, Mr Constantino Chiwenga at our health facility,” the department said.

“In honour of our commitment to patient confidentiality, we cannot discuss patient details. However, we can confirm that he was not or currently is a patient at the hospital.

“While we understand the concern of the Zimbabwean community, we need to balance this with the rights of other patients to receive care.

“We urge the community to direct their requests to the Zimbabwean authorities and to respect our hospital premises as a healing environment for patients. Health staff should be given the space to continue uninterrupted with their patient care.”

News about Chiwenga’s illness and his being “airlifted” to South Africa has most been on the social and privately-owned media.

The State media has not said anything about Chiwenga’s illness or his whereabouts.