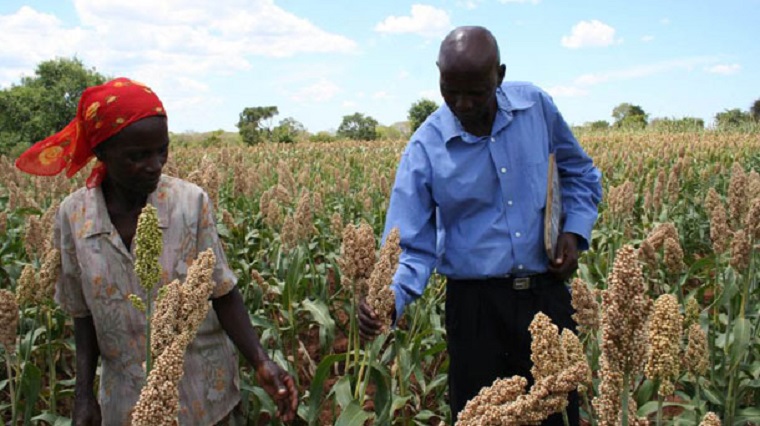 Zimbabwe’s small grain production is projected to reach 388 000 tonnes for the 2016/17 season, from 76 000 tonnes previously, an official said yesterday.

Total grain production, including maize, is expected to be more than two million tonnes against the country’s consumption of 1.8 million tonnes.

The southern African country turned to small grains to mitigate against the worst drought since 1992 in the 2015/16 season, which left a quarter of its population in need of food aid.

In the 2016/2017 season, sorghum constituted the most planted small grain, taking up more than half of the planted area, Zimbabwe Farmers Union executive director, Paul Zakariya told the Parliamentary Committee on Sustainable Development Goals.

Zakariya said that farmers are failing to access bank loans due to unbankable 99 year lease resulting in low production.

“Banks are comfortable in giving loans to salaried people against a salary; with confidence that the salary is coming through that bank. In most cases such loans are very short and they don’t do much for a farmer,” he added.- The Source