Rival Zimbabwe doctors association to be launched on Friday 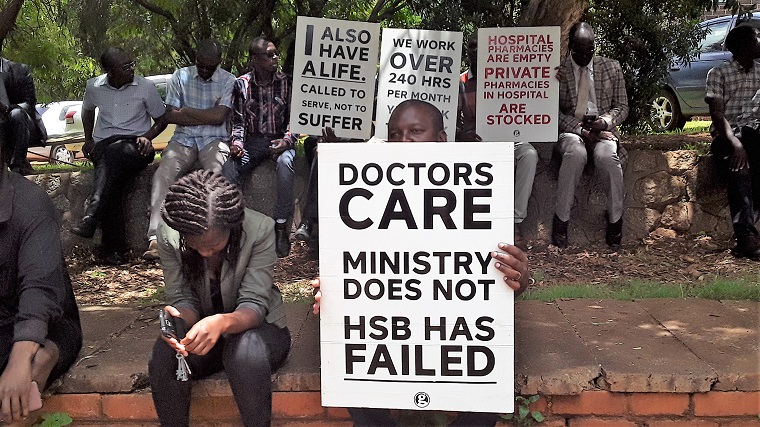 A rival association to represent Zimbabwe doctors will be launched on Friday.

Junior doctors have been on strike since 3 September.

The doctors have spurned all government offers and an offer by Zimbabwe’s richest man, Strive Masiyiwa, who promised to pour in $100 million to pay doctors additional allowances for six months.

Now some of the doctors say they will be launching the Progressive Doctors Association of Zimbabwe at a Harare hotel on Friday.

In a statement, the association said various development partners and representatives from government ministries, including the Ministries of Health and Finance, will be present.

The association says transport and accommodation will be provided for those travelling from Bulawayo and Gweru.

Although it is not clear yet who is behind the association two of the mobile numbers provided belong to Tinashe Tarutira and Anesu Ragwani. The new association seems to have close links to the government.

The present associations have been accused of being captured by foreign interests with some reports saying the doctors are being paid up to $5 000 to remain on strike.