Mwonzora accuses Biti and Welshman Ncube of trying to drive... 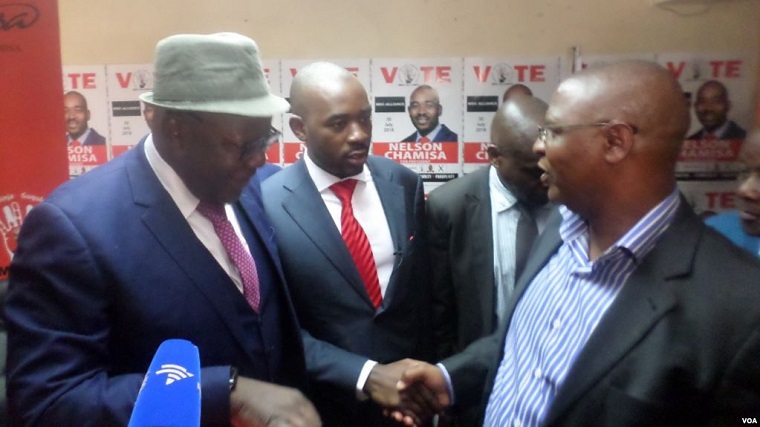 Movement for Democratic Change secretary-general Douglas Mwonzora has accused Tendai Biti and Welshman Ncube, without mentioning them by name, of trying to drive a wedge between him and party leader Nelson Chamisa, fuelling division within the party ahead of its congress scheduled for next month.

Mwonzora who has indicated that he might challenge Chamisa for party leadership has been accused of working with the Zimbabwe African National Union-Patriotic Front to dislodge Chamisa but he said that he has a successful history of fighting ZANU-PF from the new constitution to party financing.

“What is ironic in the MDC is that people who are bringing these allegations are people who split from the party, who took money away from the party and who called Tsvangirai all sorts of names, and when they came back to the party we have accommodated them and what they are trying to do is to drive a wedge between myself and Nelson Chamisa as a way of getting an accommodation.  Fortunately MDC members are intelligent enough to read through this,” Mwonzora said.

Biti and Ncube are both former secretary-generals of the MDC.

Ncube left the party in 2005 and officially in 2006 when the party split into what later became the MDC led by Arthur Mutambara and MDC-T led by Tsvangirai.

Biti, who took over from Ncube, left the party in 2014 to form the People’s Democratic Party.

The two joined the MDC-Alliance in 2017 together with four other smaller parties to form a seven-party alliance to contest the 2018 elections.

Chamisa appointed Ncube as one of the three vice-presidents and Biti as deputy chairman after he lost the July 2018 elections.

There is division within the MDC as to whether Ncube and Biti are eligible to contest seats at the coming congress as some argue that the congress is for what used to be the MDC-T before the name was taken over by former party vice-president Thokozani Khupe when the MDC had a third major split when Khupe refused to recognise Chamisa as leader of the party.

Mwonzora and vice-president Elias Mudzuri argue that Chamisa is flouting the party constitution to accommodate people that are loyal to him and are trying to claw their way back into the party.