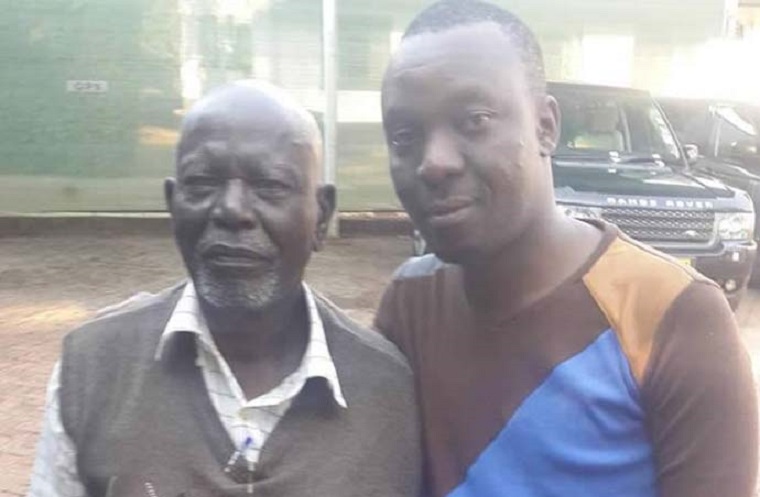 He told The Herald that if Mutasa wants to meet Mugabe, he should do so straight forwardly without putting on a politically brave face.

Charamba said Mutasa had already approached Vic-President Emmerson Mnangagwa to ask if he could meet Mugabe.

Mutasa, who was expelled from ZANU-PF nearly three years ago together with former Vice-President Joice Mujuru, is reported to have fallen on hard times.

He also seems to have been sidelined from ZimPF which is now headed by Agrippa Mutambara following the departure of Mujuru who now heads the National People’s Party.

“We have been following reports on Cde Mutasa, particularly claims of his present condition which suggests hard times,” Charamba said.

“Of particular note has been his wish to meet with the President. I want to indicate to Cde Mutasa – he does not have to beat about the bush if it is the wish and desire to reconnect with the President. He must do so straight forwardly and without putting on a politically brave face.

“We are also aware that Cde Mutasa reached out to Vice President Mnangagwa to communicate his wish to meet with the President. The President has no hard feelings and if Cde Mutasa wishes for that contact he needs to remember that the way remains clear for him to.”

Charamba, however, said he was not promising anything because he was merely Mugabe’s spokesman.

“But care must be taken. I am a mere spokesperson of the President – I am not promising anything except the President’s bigger heartedness.”

One analyst has, however, questioned reports that Mutasa is now facing hard times citing the property, including land, which he had acquired over the years.

Despite Charamba’s sentiments that doors to ZANU-PF are always open, those who have left or have been expelled from the party have found it very difficult to rejoin.

The only exception is Jonathan Moyo who was not only re-admitted but was even appointed to the party’s highest decision making body outside congress, the politburo.

Moyo has said he was personally brought back by Mugabe.