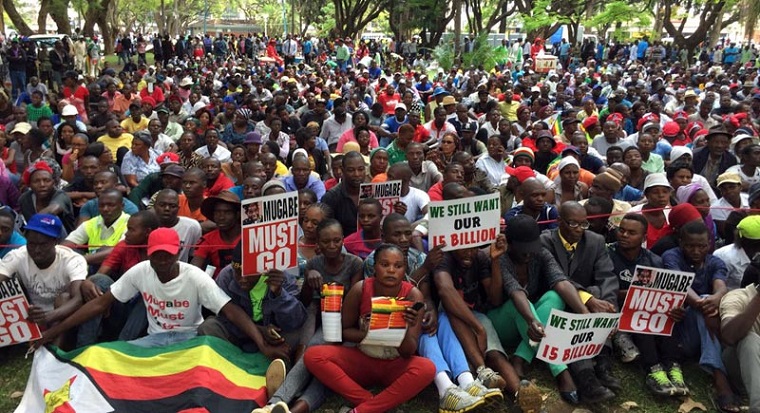 President Robert Mugabe’s empire continues to crumble around him as ministers who had been called to State House today for a cabinet meeting failed to pitch up.

The military said it was taking over to prevent the country from being taken over by “criminals” and insisted this was not a coup.

Mugabe refused to resign on Sunday but seemed to have changed his mind yesterday when he spoke to former Vice-President Emmerson Mnangagwa and wanted him to come back to the country for further talks to map the way forward.

Mnangagwa has refused to return saying his safety was not guaranteed. He also told Mugabe that he  must listen to the people because he has always said that he will step down if the people tell him they no longer want him. The people have now spoken.

The Zimbabwe African National Union-Patriotic Front on Sunday dismissed him as party leader and replaced him with  Mnanagwa.

Members of the Parliament agreed yesterday to impeach him and will meet at the Harare International Conference Centre because Parliament building is too small and cannot accommodate them all.

Reports say they will meet in Parliament briefly to make a resolution to move the venue of the sitting and then proceed to HICC.

Mutsvangwa, however, reported that former Central Intelligence boss, Happyton Bonyongwe, who was appointed Justice Minister a month ago, replacing Mnangagwa, was lobbying MPs to vote against impeachment.

With people already having spoken, most legislators will not want to be seen to be hanging on to Mugabe’s sinking ship.

Defence Minister Sydney Sekeramayi, who had become Mugabe’s closest buddie according to First Lady Grace Mugabe, and was touted by Jonathan Moyo as the heir apparent, has ditched Mugabe, according to the Daily News.