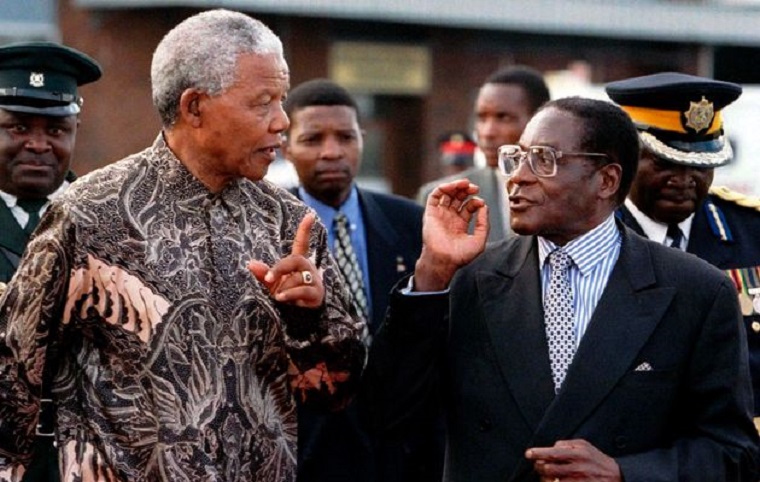 Mugabe who was born on 21 February 1924 has therefore outlived Mandela so far by 13 days.

Although he has been ill for some time, Mugabe continues to linger on, though he is now a pale shadow of himself.

Mugabe was a darling of the West and was showered with awards until Mandela came onto the scene.

Mandela was even awarded the Nobel Peace Prize regarded as one of the most prestigious awards but South African writer and politician Andile Nngxitama scoffed at the award saying: “To be considered a saint in Western eyes is a curse black leaders should avoid like the plague.”

Mngxitama praised Mugabe as the greatest black statesman alive today in Africa. He wrote the article six months before Mandela’s death saying: “Greatness here must be evaluated on the criteria of whether the person who claims the position of leadership of his or her people against colonialism, apartheid and white rule has been able to guide the nation to greater liberation, dignity and independence. If we judged only on these criteria, not on the whims of popularity gained from affability and praise by Europe and the US, then Mugabe stands head and shoulders above the rest.”

Mugabe was removed unceremoniously by his own colleagues four years later after they accused him of allowing the party to be hijacked by opportunists.