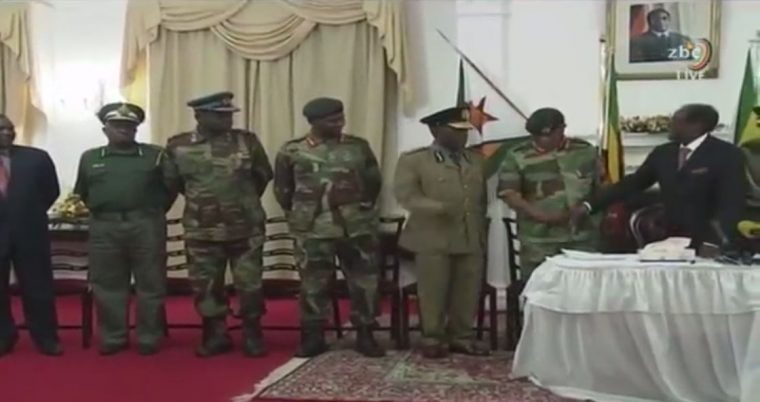 President Robert Mugabe’s address to the nation last night during which he was expected to announce his resignation has sparked more speculation and confusion among the Zimbabweans than before.

Zimbabweans largely expected Mugabe to step down after the military intervention last week and his dismissal as party leader by the Zimbabwe African National Union-Patriotic Front central committee earlier in the day.

With the media outguessing each other on what actually happened, there are even reports that he read the wrong speech, or some pages were swapped or he skipped some lines.

While Mugabe will be 94 in three months, his voice has not betrayed him before but listening to the radio link-up before Mugabe addressed the nation he appeared to be quite nervous and at one time admitted that he had skipped something and re-read his speech.

The gist of Mugabe’s speech was, however, that he will preside over the party extra-ordinary congress next month.

It is not clear whether this was in defiance of what his party had decided earlier in the day that he had been dismissed as party leader and replaced by Emmerson Mnangagwa.

The party gave him until mid-day today to step down as State President or face impeachment.

Some analysts say his address last night provides fertile ground for impeachment, but impeachment also has its own hassles.

While the military is in control, the biggest question is how to deal with a restless population without igniting violence.