Mnangagwa will not bow down to Trump simply to have... 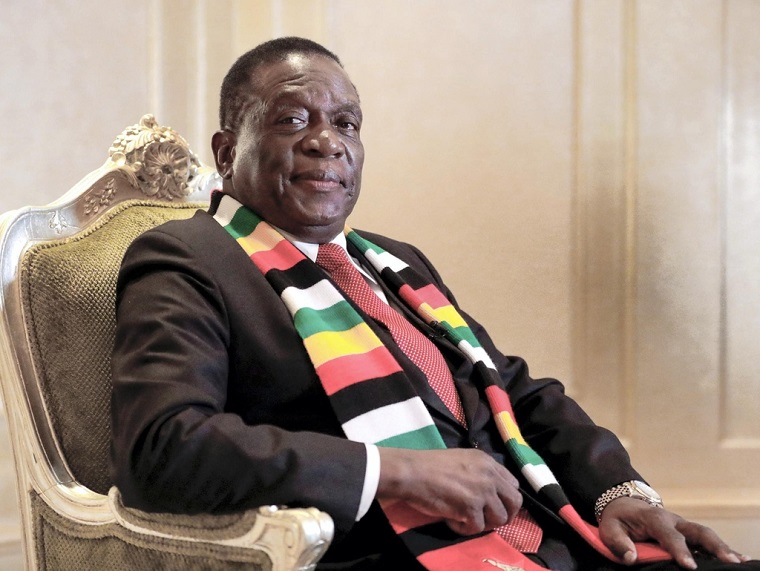 As he tries to ‘engage and reengage’ internationally, Emmerson Mnangagwa tells The National that he wants to make up for two decades of stagnation

The United States should have lifted economic sanctions against Zimbabwe “yesterday”, the African country’s president has said, as he seeks to fix a broken economy and attract international investment.

“We feel that we are almost two decades behind in terms of development as a result of economic sanctions that have been imposed on us,” Emmerson Mnangagwa told The National in an interview in Abu Dhabi yesterday.

“We are saying yes, we wish that these sanctions would be removed yesterday by those who have imposed sanctions on us, but beyond that we should not put our heads in the sand and cry,” he said. “We should, with the resources that we have, do our best to attract global finance into our economy.”

Surrounded by ministers and military officials who made up the visiting delegation, Mnangagwa said that the country was putting two decades of isolation behind them and pursuing “a policy of engagement and reengagement so that again Zimbabwe can be embraced in the community of nations”.

But asked if the administration of US President Donald Trump had detailed the required reform it wants to see in order to lift sanctions, Mnangagwa said the measures had “no basis at all” and that he would not take action to please another country simply to see them removed.

“We cannot say that there is something which we must do to satisfy America,” he said. “Our concern is to do those things which satisfy the needs of our people.”

US and EU sanctions were imposed on Zimbabwe in 2001 and 2002 respectively, in relation to reports of government violations of human rights and the rule of law. They have remained in place, despite Mnangagwa’s ascension to the presidency in 2017 that ended the 30-year rule of Robert Mugabe. The measures were renewed by Trump in January and the new Zimbabwean president himself is still a target of US sanctions.

But they are just one indicator of Zimbabwe’s economic malaise. Once known as the breadbasket of Africa and endowed with a young population and a bounty of platinum – used in the production of smartphones and electric cars – Zimbabwe’s fortunes faded during the three-decade rule of Mugabe.

In November 2017, the military toppled the longstanding ruler and his deputy, Mnangagwa, was named president to the backdrop of celebrations.

After elections, it fell to Mnangagwa to chart a new course for Zimbabwe and convince the international investment community that things had changed. It was a considerable challenge, given his background as a ZANU-PF revolutionary and Mugabe’s former bodyguard turned vice president.

Mnangagwa was open about the challenges the country faces. While he says he is “very anxious to leapfrog” the country’s neighbours who have overtaken Zimbabwe during the Mugabe era, he said the country could not do it “on the basis of our domestic resources, we don’t have the financial muscle to fulfil our vision”.