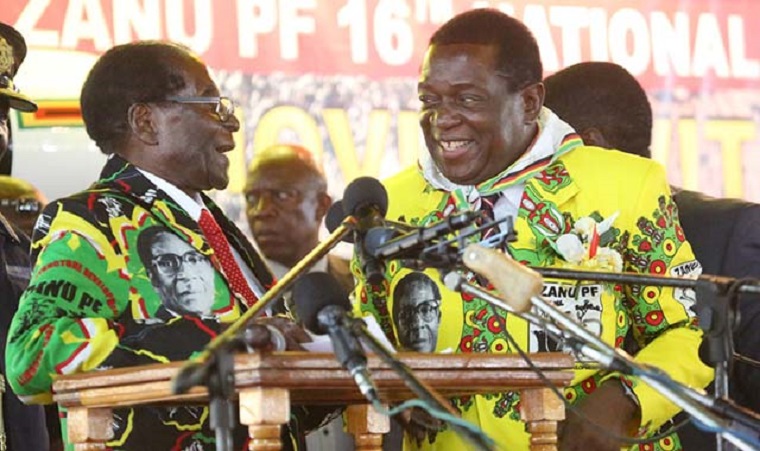 Some reports say he was rushed off to hospital after suspected food poisoning.

The Sunday Mail, one of the State-controlled papers hat was accused at the Chinhoyi rally of being pro-Mnangagwa, said Mnangagwa and his colleague Phelekezela Mphoko joined others in singing  “jongwe rinorira rimwe chete” but unfortunately, shortly afterwards, he complained of feeling unwell and was attended to by Health Minister Dr David Parirenyatwa before taking his leave early.

This was contrary to an earlier report in The Insider said the State media was totally silent about the incident though it covered President Robert Mugabe’s address live.

Mnangagwa is reported to have left abruptly 45 minutes into Mugabe’s address.

The Standard reports that there was tension at the rally with senior officials not even greeting each other.

It says Mnangagwa was rushed to a private hospital in Gweru but party spokesman Simon Khaya-Moyo said he did not know what had happened to Mnangagwa.

Jason Zhuwao, however, wrote on his facebook page: “I can confirm that the entire time of proceedings during the Presidential Youth Interface rally yesterday, the Vice President didn't eat anything. Not even a sweet. Stop with your nonsense!”

Unconfirmed reports say Mnangagwa had been released from Gweru and was now at his home in Kwekwe while others say he is in Harare.

Mnangagwa is one of the potential successors of Mugabe but he is under constant attack from the Young Turks called G40 and the First Lady, Grace Mugabe.

The First Lady did not attend the rally. She was reportedly in South Africa for a medical examination of her leg which was injured in a freak accident at Harare airport.