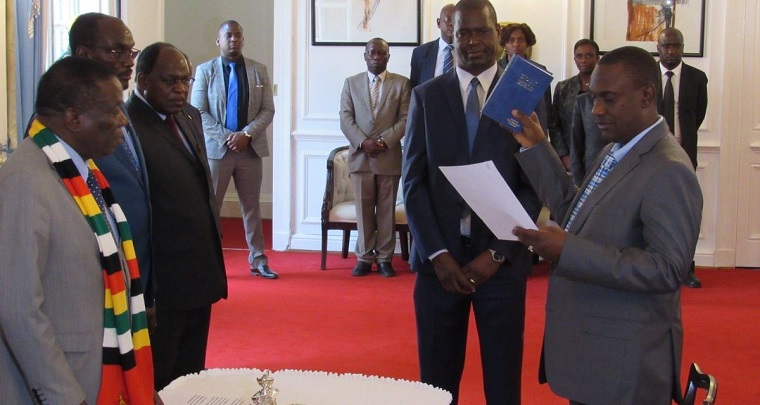 President Emmerson Mnangagwa today expanded his cabinet to 21 by appointing Owen Ncube as the Minister of State for National Security.

He appointed 18 permanent secretaries, re-assigned another 18 and retired nine senior civil servants including Tobaiwa Mudede who has been registrar-general since 1980.

Parliament last year asked why Mudede continued to be employed when he was over the retirement age.

Sources said Mnangagwa needed someone he could trust to supervise the intelligence service because it was deeply divided following the fall of former President Robert Mugabe.

Former opposition legislator for Tafara/Mabvuku James Maridadai told Parliament early this year that Owen Ncube was the only Zimbabwe African National Union-Patriotic Front legislator who stood by Mnangagwa when he was being humiliated left right and centre by former First Lady Grace Mugabe.

Maridadi blasted Members of Parliament for being hypocrites when they moved a motion to congratulate Mnangagwa on his appointment as Zimbabwe President because they had all ditched him when it appeared that his political career was ending.

“What I know is that I was invited to a function three four days before Hon. Mnangagwa was dismissed as Vice President of this country. Most Members of Parliament sitting in this House were also invited. I was invited by a special invitation card because the owner of the company, I am friends with him,” he told the House.

The Ministry of Finance is now run by people that “know” money, Guvamatanga and Mthuli Ncube, both former bankers.