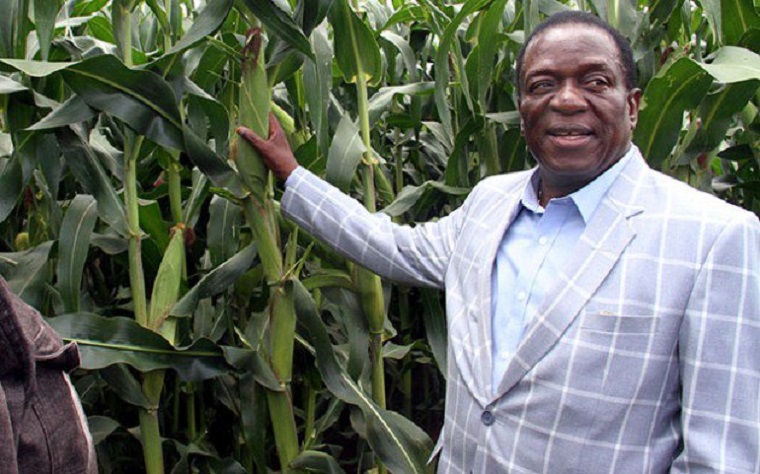 Vice-President Emerson Mnangagwa has defended the government’s producer price of $390 a tonne which is more than double that paid to other farmers in the region saying the country is actually saving on scarce foreign currency.

What has raised eyebrows, however, is that the government then sells that maize to millers for $250 a tonne.

Critics argue that some unscrupulous people can buy maize from the Grain Marketing Board and resell it to the GMB and make $140 profit.

“The media thinks it is uneconomic. It is very economic,” Mnangagwa who is acting President argued.

“If we do not produce enough maize in this country, the millers will have to import maize from outside Zimbabwe. They will spend between $800 million and $1 billion (a year) in importing grain into Zimbabwe and that is strengthening or paying farmers in other countries,” he was quoted by The Herald as saying.

“They bring in that grain at an average of the import parity price of $250 per tonne. So we got together as stakeholders, which include financial service sector, millers, seed companies, chemical companies and farming organisations and agreed with millers that they stop importing maize from other countries.”

Mnangagwa said the government was subsiding maize to save foreign currency.

That way, he said: “The farmer is happy, the miller is happy and we are happy. So the media, that is the trick.”

But it appears not everyone in government agrees.

Deputy Agriculture Minister Paddy Zhanda yesterday complained that the producer price of maize was too high.

“The price of maize of $390 per tonne has a negative impact on the total value chain particularly on the cost of production. In other countries maize prices are lower than that- Zambia is $150, South Africa the same, Brazil $135 to $140,” Zhanda said.

“So there is no way that we can be able to be competitive in the export market producing goods based on hard currency US dollars and with that kind of pricing for stock feeds which are made from maize.”

He added: “I don’t believe in subsidising at the beginning of the value chain because that system is subject to corruption ….”