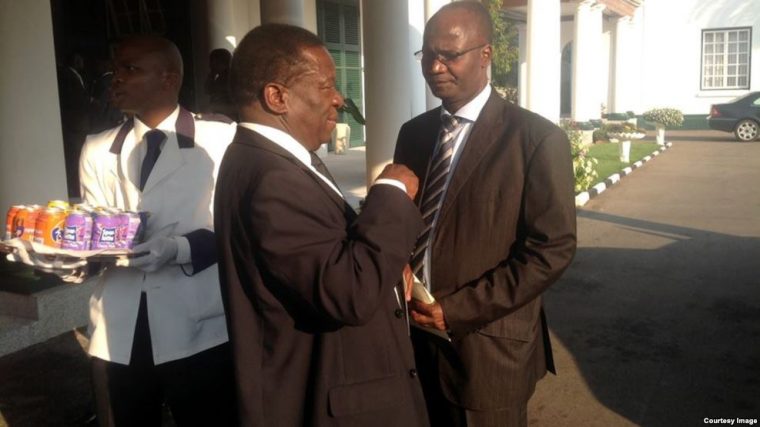 Higher Education Minister Jonathan Moyo has rubbished government’s proposed Command Economy project arguing that it is based on another failed project, the Command Agriculture project.

The Command Economy project was hailed by the State-owned Sunday Mail yesterday which said that the government was “introducing extensive economic reforms to replicate the massive production framework championed under Command Agriculture so that other key economic sectors like mining, infrastructure, industry and social services are also revitalized”.

Moyo, however, queried the success of Command Agriculture in a tweet which read: “Better listen to agro-economists on how $500m was commandeered to plant maize on just 153 102.60ha when the $500m was meant for 400 000ha!”

Agriculture Minister Joseph Made said 10 days ago that only 38 percent of the targeted 400 000 hectares for the Command Agriculture project had been planted by the second week of February.

Expressing his doubts about the Command Economy, Moyo tweeted: “After merchants of Command Agriculture poured $500m to plant maize on 153 102.60ha, they now want a Command Economy!”

Moyo’s tweet seems to fly in the face of the Sunday Mail’s story that the Command Agriculture project was President Robert Mugabe’s project as Moyo, who insists he is loyal to Mugabe alone, would not have criticised his benefactor’s project.

The tweet also raises questions about the Sunday Mail’s report that “a team of experts from the Office of the President and Cabinet is drawing up a detailed work plan for the extensive economic recovery programme, with Cabinet ministers meeting regularly to make contributions”.

By questioning the initiative, Moyo clearly shows that he is not among the cabinet ministers meeting regularly to make contributions.

As further proof that Moyo is not involved, the Sunday Mail reported that, “the initiative involves galvanising the four Zim-Asset clusters – Food Security and Nutrition, Social Services and Poverty Eradication, Infrastructure and Utilities, and Value Addition and Beneficiation — into a command-driven system”.

Moyo, according to war veterans leader Chris Mutsvangwa who before he was fired from the party was also a cabinet minister, was the architect of ZIMASSET.

Moyo’s tweets, clearly indicate that the Command Agriculture project, whose “success” everyone is trying to latch on to, was an Emmerson Mnangagwa project.

Moyo is against anything Mnangagwa does.

The Command Economy project could equally be another Mnangagwa project that is why Moyo is against it.

The Sunday Mail quotes Mnangagwa as telling delegates touring Arda Estates in Matebeleland South last Thursday that: “Command Agriculture has performed beyond expectations. What we are looking at as government is to have Command Mining, Command Health, Command Education so that we can revive our economy through these models.”