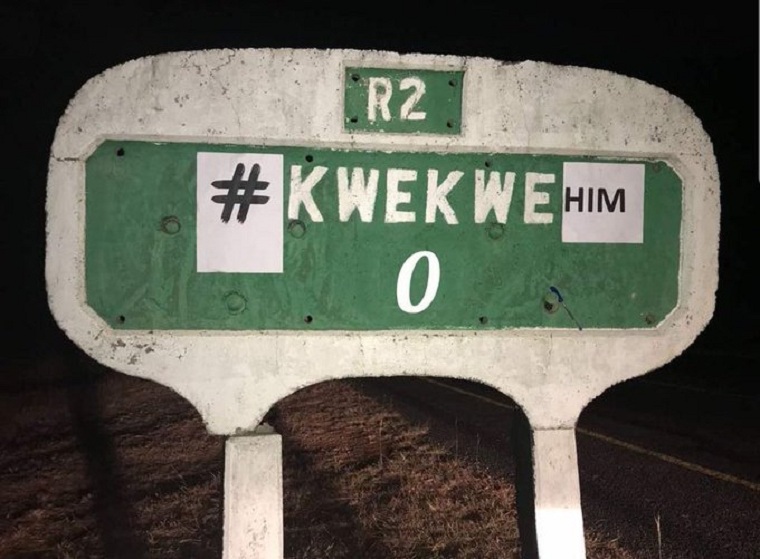 Exiled former Higher Education Minister Jonathan Moyo, a bitter opponent of President Emmerson Mnangagwa, raised funds for the Movement for Democratic Change in its 2018 elections campaign because he believed that its leader Nelson Chamisa was the “best foot forward” his colleague Edmund Kudzayi, former editor of the Sunday Mail, said today.

He said this in a series of tweets in which he said he and Moyo had no ambition to join the MDC but wanted to see opposition politics done competently.

“In the 2018 elections, we ended up having to intervene to do radio, print, social media and television adverts for the MDC,” Kudzayi said.

“Why? Because nobody was doing the work and Chamisa was the best foot forward. Where did the money come from? It was raised by Professor Jonathan Moyo.”

Kudzayi, who was at one time accused of being the person behind the facebook character Baba Jukwa which surfaced just before the 2013 elections and disappeared six months or so after the elections, added:

“One unknown fact is that Jonathan Moyo did not want to publicly support the MDC in 2018, preferring to watch from the terraces. It took me four months, January to April 2018, to persuade him to help actively, after which #KwekweHim, #KutongwaKwaro, #Excelgate etc were born.”

Moyo, said to be one of the brains behind the G40 faction within the Zimbabwe African National Union-Patriotic Front which wanted  to stop Mnangagwa from succeeding Robert Mugabe preferring to push forward Mugabe’s wife Grace instead, went into exile when the military intervened to stop “criminal elements” from taking over ZANU-PF.

Chamisa lost the 2018 elections to Mnangagwa but insists that he won the elections, but he lost the case at the Constitutional Court.

Jonathan Moyo argues in his book Excelgate that Chamisa won the elections overwhelming but the results were rigged by the Zimbabwe Electoral Commission.

In a comment confirming Kudzayi’s statement, Moyo said: “Your mention of EXCELGATE here will get Mnangagwa’s illiterates, trolls and ghost accounts very excited with phoney claims that the book is political; yet this background you have mentioned on how EXCELGATE started is actually recounted in the preface of the book!”