Is Russian billionaire seeking to invest in Zimbabwe or just... 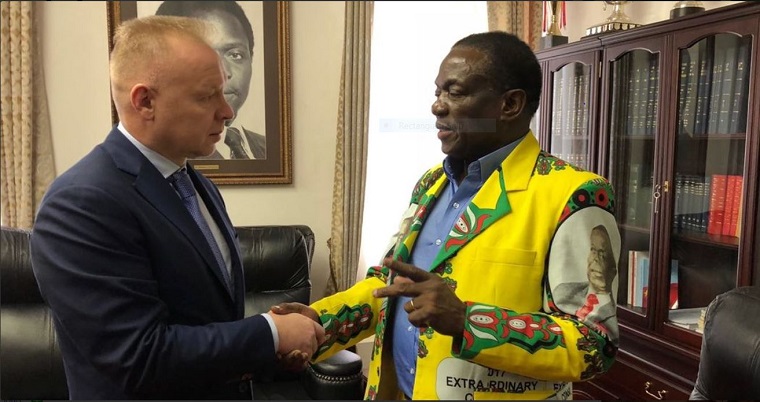 When Russian billionaire Dmitry Mazepin arrived in Zimbabwe on Tuesday news was that he might be interested in buying Zimbabwe’s main fertiliser company, Chemplex Corporation, as it is already on the market.

But, according to the Mining Journal, Mazepin is actually interested in expanding his market and is considering taking over the internal distribution of fertilizer in Zimbabwe and Zambia.

Zambian President Edgar Lungu is reported to have said that his government wants to "commence our cooperation as soon as possible".

The Journal says Mnangagwa and Mazepin discussed the supply of fertilizer and mining projects.

"At our meeting with the president of Zimbabwe, we were invited to participate in the fertiliser supply as well as in the mining projects in the country,” Mazepin said.

"Certainly, we are interested … when we get guarantees of stable business development at such high level, it is very important to us."

Uralchem says if it sells the fertiliser directly to end-users, the price will be reduced from about $500 a tonne to about $300 a tonne.

The deal will, however, kill the fertiliser manufacturing industry in the country.

There are four fertiliser producers in Zimbabwe.