ICYMI- US intelligence company said Mnangagwa was already running the... 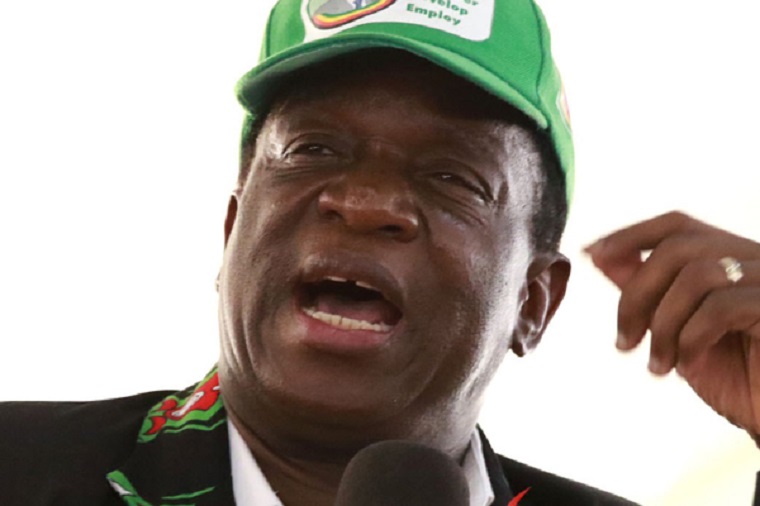 United States intelligence company, Stratfor, said way back in June 2015- only six months after being appointed Vice-President- Emmerson Mnagagwa was already running the country. It took another two years, and was almost scuttled by the G40 faction within the Zimbabwe African National Union-Patriotic Front, but it happened. Sources say it could have happened sooner but Mnangagwa restrained the military because he wanted a constitutional transiton.

Below is a story The Insider published in June 2015.

Zimbabwe’s succession battle has already been decided. According to United States-based Stratfor Enterprises- a geopolitical intelligence firm that provides strategic analysis and forecasting to individuals and organizations around the world- Vice-President Emmerson Mnangagwa is now “for all intents and purposes” running the country.

In a press release entitled: Zimbabwe’s succession plan clarifies, Stratfor said that Mnangagwa had taken a larger role in governing the country than any of his predecessors and would likely take full control once President Robert Mugabe dies.

“Competition over succession has tinted Zimbabwean politics for many years, but Mnangagwa has undertaken a larger role in ruling the country than has any preceding vice president or government leader: Former Vice President Joice Mujuru never had the amount of influence over state affairs that her successor now has,” Stratfor says.

“Mnangagwa, who also serves as Minister of Justice and who was formerly a Minister of Defence and chief of the country's intelligence organization, has experience and knowledge of Zimbabwe's security and economic affairs. He is also well versed in the politics of the ruling Zimbabwe African National Union-Patriotic Front party.”

Stratfor, which has been following Mnangagwa and Zimbabwe politics for years, however, says Mnangagwa has a big problem. The United States does not want him to succeed Mugabe because it does not want another securocrat.

Stratfor was brought to world attention in February 2012 when Wikileaks released over five million emails by the Texas-based intelligence company. The emails, dubbed GI files, were written between July 2004 and December 2011.

According to Wikileaks, the files revealed “the inner workings of a company that fronts as an intelligence publisher, but provides confidential intelligence services to large corporations, such as Bhopal’s Dow Chemical Co., Lockheed Martin, Northrop Grumman, Raytheon and government agencies, including the US Department of Homeland Security, the US Marines and the US Defence Intelligence Agency”.

A search for Zimbabwe among the GI files comes up with 9 228 results and that for Mnangagwa 334 files, though some of the files are duplicated.

According to the emails, the United States has been tracking Mnangagwa as one of the key potential successors of Mugabe for some time and imposed sanctions on two diamond mining companies in Marange in 20111 -Marange Resources and Mbada- to gain leverage on Mnangagwa who was Defence Minister at the time and was reported to be building his power base and that of Mugabe from the Marange diamonds.

“The US move likely comes less out of a concern for alleged human rights abuses in diamond mines in Zimbabwe's Marange region and more as a way of gaining leverage over the government in Harare,” the dispatch on 15 December 2011 said.

“Strained relations between Western governments and Zimbabwe have led Harare to look to look east for international backing and economic assistance, particularly to China; the US sanctions move is an attempt to steer it toward a more accommodative relationship with the West,” it said.

“The US sanctions are designed to send a message to ZANU-PF that the West opposes Mnangagwa as the next Zimbabwean leader, and the ZANU-PF ruling elite thus face a dilemma…”

Another dispatch noted:“ZANU-PF must find a prospective leader that will both appease the West and guarantee the security and financial well-being of the elite. It is unclear who this will be, but this person certainly will not be put forth as Mugabe's successor without the confidence of the ZANU-PF elite.”

The United States imposed sanctions on Zimbabwe more than a decade ago citing human rights abuses. It still insists there are gross human rights violations in Zimbabwe according to its country report for last year. But, it appears, Washington is now keen to re-engage with Harare. It has sent two delegations to “review” the situation in Zimbabwe in the last six weeks.

This is probably recognition that Mnangagwa is a force to reckon with and cannot be ignored.

“Whether we like it or not Emerson Mnangagwa has much more acumen, presence and money to be more effective than Tsvangerai(sic) and he also has much larger support from the British Intelligence Community that has close ties with big business interests,” another email from Stratfor’s GI files says.

But Mnangagwa has to play his cards right. Mugabe has just warned party youths that he does not want people to pit his two vice-presidents against each other in the battle for succession.

“If you are choosing between my two Vice-Presidents, you are beginning your own Gamatox. They occupy equal sphere. If you say you want this one to succeed, you are already bringing division within the people and this so soon after our election.  The people will choose when the time comes, and you will be part of that process, but don’t get divided by that question now,” Mugabe was quoted by the Sunday Mail as saying.