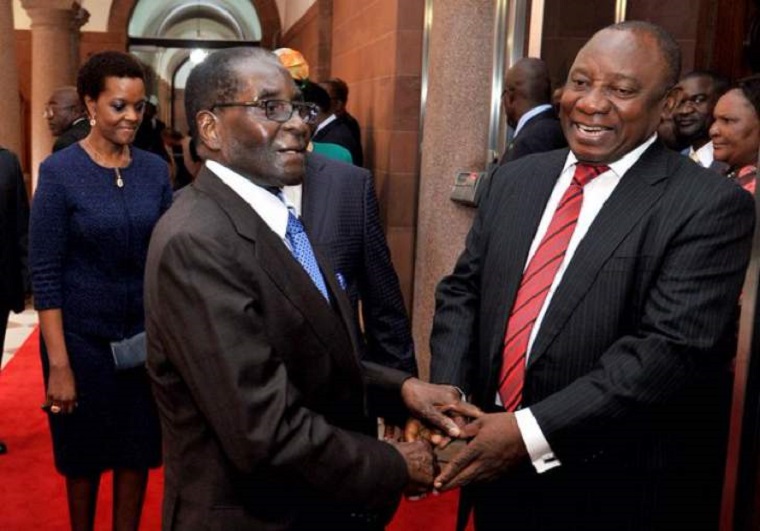 These are the portfolio committee process and the court process.

A South African human rights organisation, Afriforum, is changing the granting of immunity through the courts.

South Africa’s Minister of International Relations Maite Nkoana-Mashabane who granted Grace Mugabe immunity  was unable to appear before the portfolio committee as she was reportedly out of the country but she has been arguing that the matter is sub-judice.

Grace Mugabe says Engels in fact attacked her with a knife when she went to protect her two sons.

The Insider was been provided a transcript of the question and answer session with Ramaphosa yesterday.

The DEPUTY PRESIDENT: House Chair, the decision to grant Mrs Grace Mugabe diplomatic immunity was taken by the Minister of International Relations and Cooperation, hon Maite Nkoana Mashabane. She has indicated that she did so in terms of section 7(2) of the Diplomatic Immunities and Privileges Act, a piece of legislation that the Minister administers.

The Minister has sent correspondence to the Speaker of this House in this regard, and I understand that the relevant portfolio committee is now ceased with this matter. Furthermore, both the … [Interjections.]

The DEPUTY PRESIDENT: … both the DA and AfriForum have approached our courts to review this decision, which they are entitled to in every way possible. I trust that this House, through the portfolio committee process and taking into account the courts proceedings that are currently underway, will deal with the matter on whether or not the Minister’s decision was appropriate.

This is a difficult case, in the light of the complexities of balancing diplomatic conventions, as well as protocols against the imperatives of natural justice. Where violence against women and children is concerned, the authorities must exercise their duties in line with the applicable law and in the furtherance of the goal to end the scourge to whoever that may be affected.