Have sanctions cost Zimbabwe US$174 billion? 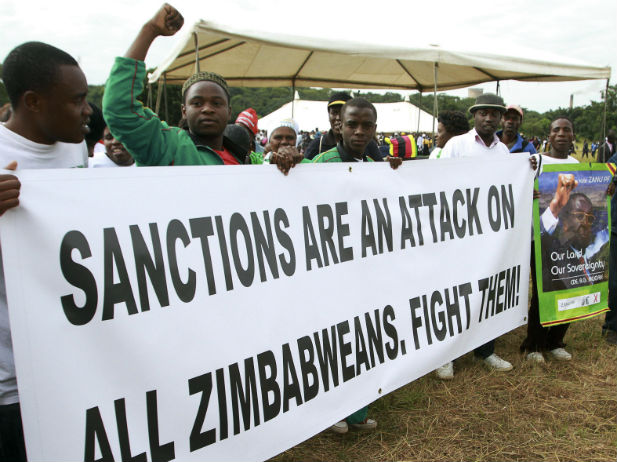 Unilateral sanctions on Zimbabwe imposed in 2001 by the United States and the European Union have cost the country US$42 billion in lost revenue, Minister of Foreign Affairs Sibusiso Moyo told cabinet today.

In addition, Zimbabwe lost US$4.5 billion annually in bilateral donor support, making a total of US$81 billion in 18 years.

It also lost US$12 billion in loans from the International Monetary Fund, the World Bank and the African Development Bank.

Zimbabwe lost a further US$18 billion in commercial loans during the same period.

Its gross domestic product was reduced by a whopping US$21 billion.

The European Union has lifted most of its sanctions on individuals with the exception of Grace Mugabe and the Zimbabwe Defence Industries.

Former President Robert Mugabe was still on sanctions when he died on Friday last week.

The EU, however, still maintains an arms embargo on Zimbabwe and has suspended sanctions on former service chiefs three of whom are now in government.

The United States maintains sanctions on 141 individuals and entities in Zimbabwe.

The Southern African Development Community last month declared 25 October as anti-sanctions day on Zimbabwe arguing that sanctions on Harare were not only affecting targeted individuals but ordinary Zimbabweans and the region as well.