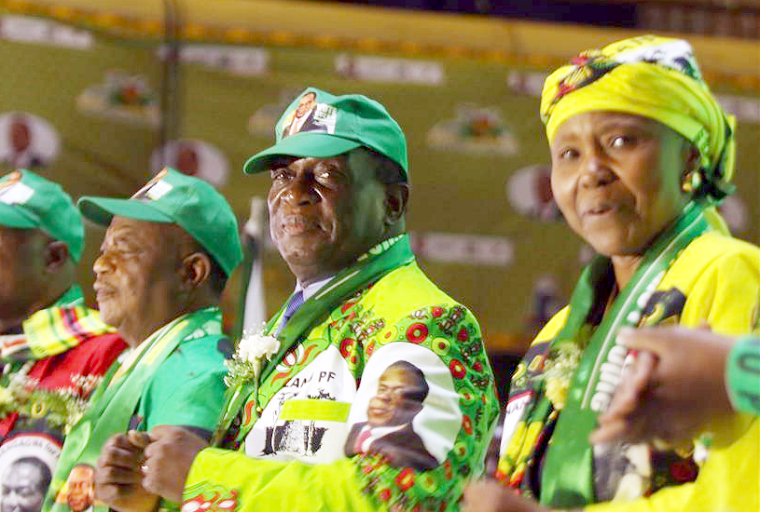 Zimbabwe African National Union-Patriotic Front national chair Oppah Muchinguri-Kashiri who was injured in the grenade blast that injured 48 others at White City Stadium in Bulawayo on 23 June today thanked President Emmerson Mnangagwa for making sure she received the best medical attention and then told the rally in Mutare that she will not die that easily – Handife zvokumhanya.

Muchinguri also castigated the media on the reportage about her injuries. One daily paper said she had lost her breast in the blast.

Mnangagwa told the rally that Vice-President Kembo Mohadi who had remained in hospital was now out. Mohadi and Muchinguri-Kashiri were airlifted to South Africa for treatment.

Two of those who were injured in the blast died in hospital later.

Muchinguri-Kashiri who was asked to give a vote of thanks after Mnangagwa’s address assured Mnangagwa of victory saying the people of Manicaland will vote in their numbers to make sure he wins.

Some 20 percent of those polled, however, refused to disclose their voting intentions. Mnangagwa just needs 40 percent of these undeclared votes to win the elections while Chamisa needs 66 percent.