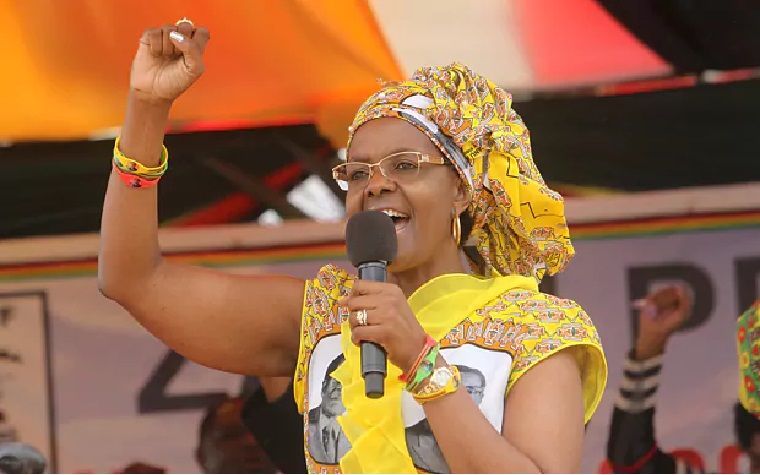 First Lady Grace Mugabe scored a major victory tonight when her deputy in the Zimbabwe African National Union-Patriotic Front Eunice Sandi-Moyo and treasurer Sarah Mahoka resigned from their positions and their “resignation” was accepted by the politburo.

Women from across the country had demonstrated in support of the First Lady call in on the two to be expelled from the party for undermining Grace Mugabe.

Now eyes are focused on national commissar Saviour Kasukuwere and whether he too would be forced to resign as two provinces have so far demonstrated calling for his expulsion from the party.

President Robert Mugabe would be put in a tight spot if nothing is done to Kasukuwere as this would be a classical example of double standards.

It might also be interpreted to mean that Mugabe is trying to position his wife to succeed him something that has been greatly opposed by war veterans and opposition parties.

Service chiefs who literally run the country through the joint operations command are on record as saying they will never salute anyone who does not have liberation credentials.