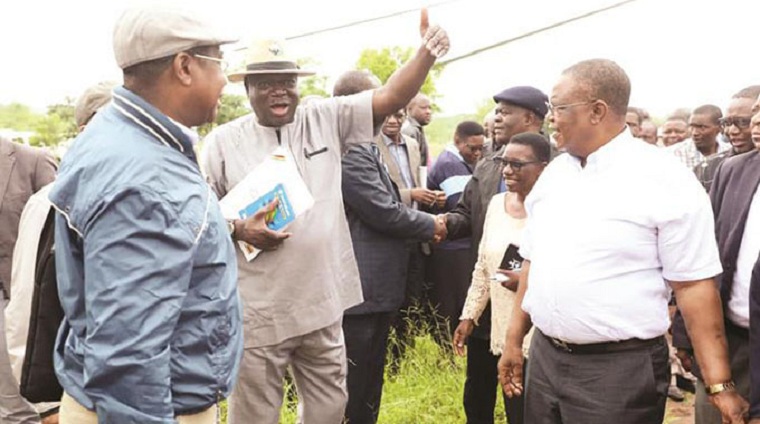 The European Union (EU) today suspended its sanctions on Vice President Constantino Chiwenga and three other top Zimbabwean officials, but maintained an arms embargo and separate penalties on a state-owned defence firm.

The bloc imposed sanctions on Zimbabwe almost two decades ago in an attempt to force the country to abandon its land reforms involving compulsory take over of excess farmland from white farmers to resettle landless peasants as part of an economic empowerment programme.

However, the penalties, which included withdrawal of financial aid, trade blockage and personal sanctions against top officials, failed to dissuade the government from pursuing the reforms, which saw nearly 500 000 peasants resettled.

But the sanctions were devastating to Zimbabwe’s economy. The government estimates these have cost the country almost US$100 billion over the two decades.

However, in recent years – particularly after the new government came into office in 2017 – the EU has being gradually easing the sanctions, partly in response to President Emmerson Mnangagwa’s overtures to open a new page in relations.

In addition, the bloc has also started a formal dialogue with Zimbabwe over issues the two sides still consider sticky.

Today’s review of the sanctions, a mixed bag as it was, marks yet another EU step towards re-embracing Zimbabwe.

But it kept the arms embargo on the country, and sanctions on the Zimbabwe Defence Industries, a state-owned arms maker, saying this was in response to alleged EU concerns about human rights.

These would be in place for another year.

In a statement, the EU acknowledged positive multi-pronged reforms the new government has undertaken since coming into office, and said these needed to be rewarded and encouraged.

“The Council today adopted conclusions on Zimbabwe, re-stating the EU’s continued support for economic and political reforms in the country, as well as for the formal political dialogue which was resumed in 2019, as a step towards a more constructive EU-Zimbabwe relationship,” the bloc said.

“The EU has decided to renew its arms embargo and to maintain a targeted assets freeze against one company, Zimbabwe Defence Industries, for one year, taking into account the situation in Zimbabwe, including the yet to be investigated alleged role of the armed and security forces in human rights abuses. The restrictive measures against four individuals are suspended.”

The EU said it will also engage regional organisations such as the Southern African Development Community and the African Union in its review of relations with Zimbabwe, with a view to encouraging the country to stick to its reform agenda, however hard this might be.

Depending on progress in re-engagement, it said, the bloc could reconsider its entire illegal sanctions regime on Zimbabwe.

“The EU is ready to review the whole range of its policies at any time, when justified, based on developments in the country. The EU will seek increased collaboration with international partners, most importantly the African Union, SADC and its member countries, and international financial institutions, who can play a key role by supporting Zimbabwe in enabling an inclusive dialogue and in accelerating progress in reforms,” it said.

Reacting to the move, Foreign Affairs and International Trade Minister, Sibusiso Moyo said though welcome, the EU sanctions belonged to the past, and should be totally scrapped.

“We view this development as an acknowledgement of progress made in terms of the broad reform agenda we have set ourselves and to which we are fully committed. The reform agenda is a process rather than an event and it will take time to complete,” Moyo said.

“We maintain that these and other sanctions measures imposed against Zimbabwe are unjustified and outdated: that they actually hinder our reform trajectory, and that all such measures should be removed, especially at a time government is confronted by the daunting consequences of natural disaster and devastating drought.”

Moyo said Zimbabwe wanted to restore its previously cordial relations with the EU “free from all such historical impediments and baggage,” referring to the key role Zimbabwe’s former colonial master, Britain played in the imposition of the bloc’s sanctions.- New Ziana