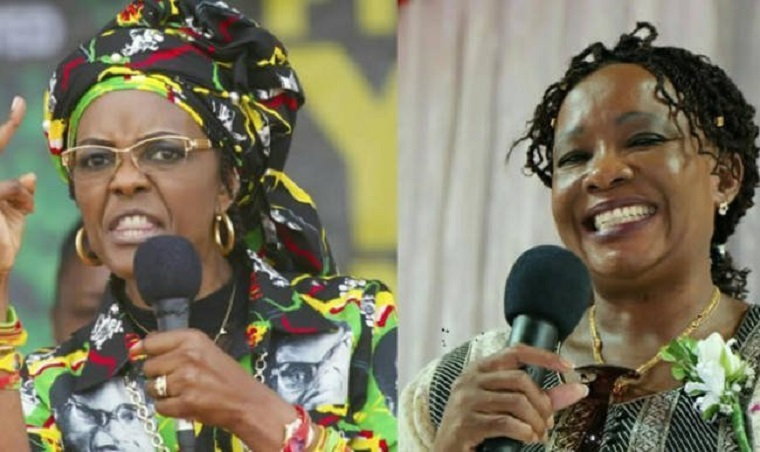 Giving the new First Lady of Zimbabwe free rein could see her repeating the mistakes of her predecessor, a political analyst has warned.

Calm and collected, Auxillia Mnangagwa, 56, at first seemed content to just stand next to her husband, President Emmerson Mnangagwa, after he assumed power in November 2017.

But observers say she is increasingly taking a more active role.

The Sunday Times approached the office of the First Lady for an interview. It was declined.

But in a statement this week, she hit back at detractors who had compared her to Grace Mugabe.

“It’s wrong to try and compare me with Grace Mugabe. I am not a government employee. I have no powers over ministers, but I just help in my role as the First Lady to raise awareness on health issues,” Auxillia Mnangagwa said in the statement.

“She is the first lady because her husband was voted for. That’s an expensive position, which needs to add value to socioeconomic development. She has a captive audience and media presence, thus her superstar aura must be taken advantage of for the good of the nation,” he said.

However, for political analyst Rashweat Mukundu, the warning lights are flickering.

For some time, the First Lady went about doing charity work, public cleanup campaigns, visiting the sick in hospital and preaching a message of peace.

But for a politician in her own right, having been a Member of Parliament for Chirumanzu-Zibagwe constituency, lying low would be a hard ask.

What has got people talking is her involvement in government projects.

When doctors went on strike in January, the First Lady went to meet the striking junior doctors’ leadership. This was despite the fact that Vice-President Constantino Chiwenga had been negotiating with them on behalf of the government.

Presidential spokesperson George Charamba defended her, saying “the First Lady from the word go committed herself to doing humanitarian work”.

In March, she encountered open defiance for the first time at the site of a new fish farm in Binga, Matabeleland North, one of the poorest parts of the country.

The area’s traditional leader, Chief George Nyathi Pashu, in his speech, shot down the idea of the fish farm, telling her it was useless to his community.

A major concern of his people, he said, was the lack of electricity and mobile phone connectivity. Auxillia interrupted him, saying she was being “undressed”.

A fortnight ago, Auxillia toured a warehouse of the state-run pharmaceutical supplier, the National Pharmaceutical Company (NatPharm), without the Minister of Health.

While there, she is said to have questioned officials over stockpiles of undistributed medical drugs at a time most public hospitals were without drugs.

She even demanded to see the company’s books. Her defence was that she was appointed an ambassador for the Ministry of Health.

In the same week she addressed a crowd in Masvingo and threatened to confront mobile network operators over tariff hikes.

Mukundu said her actions could lead to a rise in discontent or frustration within state institutions that are governed by rules and regulations.

“The First Lady has no known constitutional role that necessitates that she demands certain things to be done, and this could complicate the role of the president and his spouse in his discharge of national duty,” said Mukundu.

What was happening in Zimbabwe now was a continuation of Robert Mugabe’s regime, he said, where Grace Mugabe essentially interfered not only in the politics of the country but summoned ministers and gave them orders.

In ZANU-PF circles, it is widely believed that Grace Mugabe was one of the reasons for her husband’s downfall.- Sunday Times