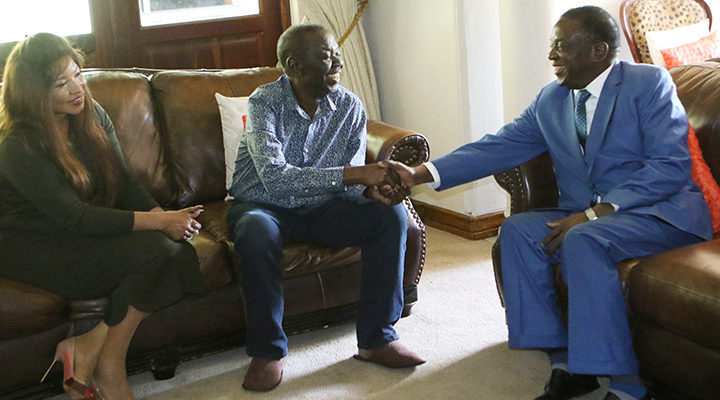 According to the Daily News, the meeting was actually held at Tsvangirai’s request and the two discussed Tsvangirai’s grievances including his pension.

Tsvangirai was also assured that he could keep his Highlands mansion acquired at a cost of $2.5 million in 2012, the paper said.

MDC-T deputy treasurer Charlton Hwende said he wanted to thank the government if it was true that it had finally approved Tsvangirai’s pension because the former Prime Minister really deserved it.

The Daily News says Mnangagwa’s visit was a political boost for the 75-yar-old President who is seeking his own mandate in six months or so.