Chinotimba asks Parliament to observe a minute of silence in... 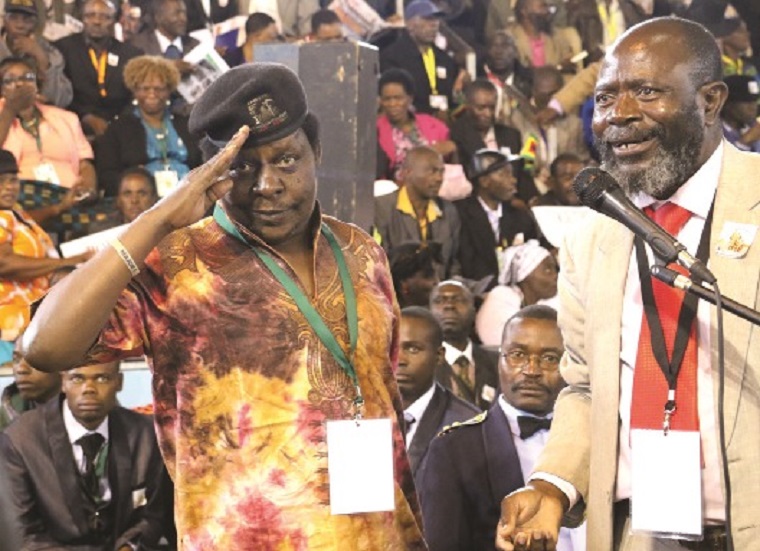 Members of Parliament today held a minute of silence in honour of Dickson Changaira, popularly known as Cde Chinix, who died last Friday though there had been some inaudible interjections when Buhera South Member of Parliament Joseph Chinotimba made the request.

While supporting the motion Highfield East Member of Parliament Erick Murai of the Movement for Democratic Change said the government should be concerned about people’s lives when they are still alive because when Chinx became ill no one was looking after him.

*HON. CHINOTIMBA: On a point of order Mr. Speaker Sir.  My point of order is that a hero has died, Cde, Dickson Chingaira. He fought for this country without any political affiliation. If it is possible, can we observe a minute of silence in recognition of Cde. Dickson Chingaira as Members of Parliament.  I thank you. – [HON. MEMBERS: Inaudible interjections.] –

THE HON. SPEAKER: Order, even in death you can heckle! Hon. Chinotimba requests us to pay our respect to Cde. Dickson Chingaira who has passed on.  I believe there should not be any objection to that.

* HON. MURAI: I want to support Hon. Chinotimba on this issue which is very important, that we should remember and mourn Cde. Dickson Chingaira.  What I want to add is that as Government, we should be concerned about people’s lives when they are still living until their death. Mr. Speaker Sir, I am really talking about what pains and touches me. Mr. Chingaira became ill and no one was taking care of him to the extent of Hon. Sithole here giving him assistance but what is important is that we should encourage each other to care for the living until someone dies. I support Hon. Chinotimba on what he has said.

*THE HON. SPEAKER: Hon. Member, you have articulated very well. Let those who want to get lost get lost.

All Hon. Members rose from their seats and observed a moment of silence.