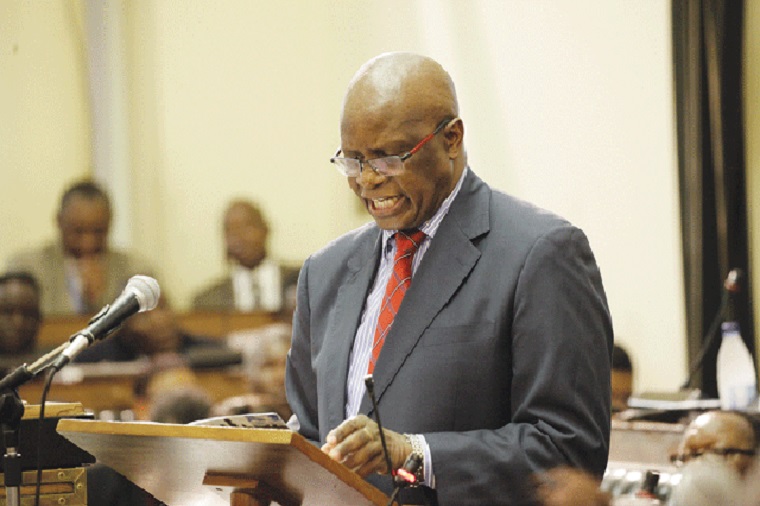 Patrick Chinamasa virtually sang and danced through his budget speech like a newly freed slave yesterday.

The shackles are off and he clearly looked relieved. For the first time in his portfolio, he is free to do what he always thought needed to be done; reducing the wage bill, cutting back on unnecessary spending, fixing the indigenisation law, and reengagement with foreign funders.

Many are still undecided about President Emmerson Mnangagwa’s policy direction, after his strong inauguration speech was sullied by unpopular cabinet picks. So the pressure was heavy on Chinamasa to provide some clarity. And he did so by sending the message that “we are breaking from the past”.

But while the words said all the rights things, the numbers tell us that breaking from the past will be harder than he made it seem.

Still, it is easy to see why Chinamasa’s statement may as well have been headlined “Free at Last”. There are four key areas where, under former President Mugabe, he was barred from doing what he needed to do.

Two years ago, Patrick Zhuwao, then Youth and Empowerment Minister, called reporters on Christmas Day to a press briefing. He was angry with Chinamasa, who just days earlier had announced that banks would be exempt from foreign ownership.

“This is a man who is a lawyer who was once an attorney general and is lying and misleading the banks,” Zhuwao railed. He accused Chinamasa of “treachery”. Zhuwawo ally, Jonathan Moyo, told Chinamasa to “shut up” and stick to his own portfolio.

Chinamasa at one point walked out on Zhuwao at a meeting meant to solve their differences on the matter. Not long after that, Zhuwao declared that all foreign firms that don’t give up shares to locals would be closed by April 1, 2016. The threat drove the stock market down and helped cause a flight of cash from the economy.

Mnangagwa told a conference at the time that the fighting between the two ministers had caused “confusion and unsettled current and potential investors”. Mugabe was forced to issue a statement clarifying the law, but investors remained anxious.

The proposed change to the law, in which only platinum and diamond mines will now be majority locally owned, has been well received although it falls short of the expectations of many investors. But after so much opposition, this was still a chance for a Chinamasa victory dance in front of his old critics.