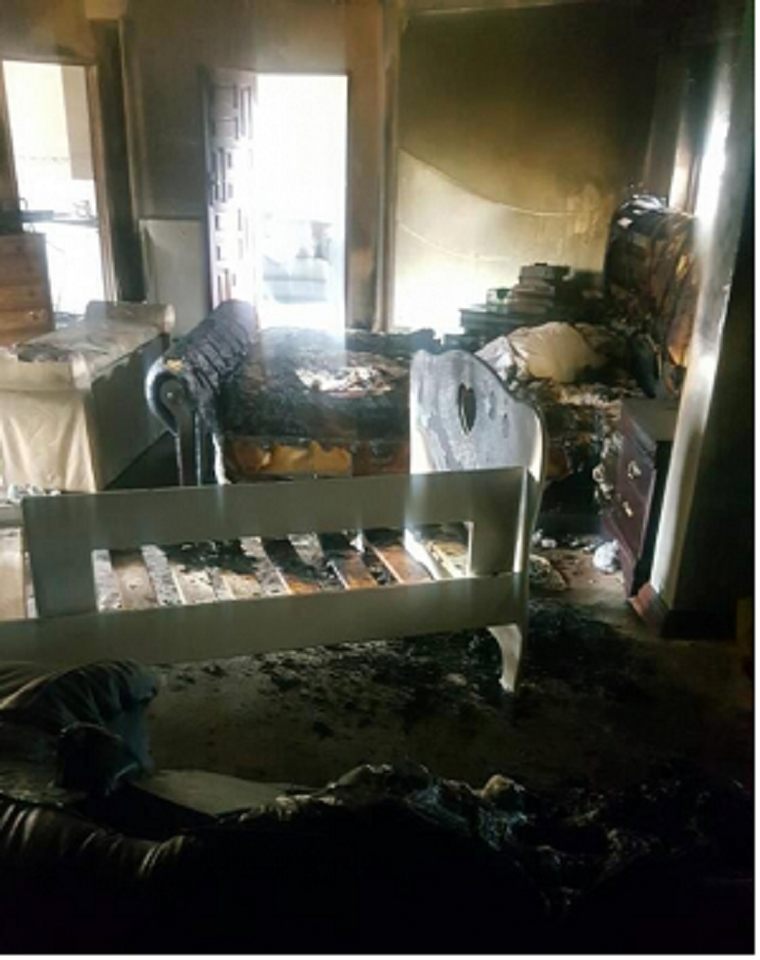 Zimbabwe Republic Police Commissioner-General Augustine Chihuri’s house in Borrowdale was set ablaze today after a rogue police officer guarding the property ran amok after his bid to loot the house was foiled.

According to The Herald the police officer was spotted by Chihuri’s gardener while stealing household property.

The gardener alerted another officer who was at the house on routine inspection but when he confronted the suspect the rogue officer fired at him and he took cover and called for back-up.

There was a gunfight which reportedly lasted more than three hours.

The suspect set the house on fire after he failed to escape because the house had been surrounded.

The suspect was arrested after he ran out of ammunition.

The fire was put out by the Air Force of Zimbabwe fire brigade.

Chihuri was one of the senior security commanders believed to be sympathetic to the G40 faction of the Zimbabwe African National Union-Patriotic Front that wanted to prop former first lady Grace Mugabe to vice-president.

He was booed by the public when he took his oath of office at the inauguration of Emmerson Mnangagwa as President.

There have been called that he should be fired.

Chihuri is the longest serving police chief having assumed office under controversial circumstances in 1991 in an acting capacity before being confirmed in 1993.